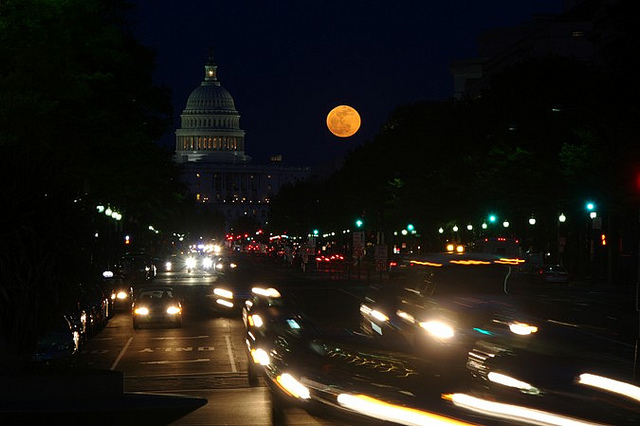 I hope that you might be able to send out a PSA to stop a dangerous type of behavior that seems on the uptick–getting in and out of Uber/Lyfts in the middle of traffic. Not only is this incredibly selfish, but there is a reason we regulate traffic. It keeps us all safe.

Around 5:45PM on Wednesday, as a pedestrian, I was crossing the intersection of 4th and H NE, going from north to south. This is a busy place, especially when you add in the confusion of the street car. As I waited at the light, a couple apparently had their ride stop between 4th and 5th, in a middle lane. The car behind them, justifiably, laid on the horn for about 30 seconds while they leisurely got out, walked through two lanes of traffic, and gave a smile and wave.

This caused a string of cars to back up. And as a result of the chaos that this couple left behind, I was hit by a car while I was legally in the crosswalk. Thankfully, I’m fine.

I used to commute on Independence Ave, through the House side of the Hill, and I often saw this same problem: people too lazy to use intersections in a high-traffic area, leading to buses and other cars having to swerve in to traffic, or slam on the brakes.

I can’t really blame the ride share drivers, since I also don’t think I would push back if a selfish and demanding passenger was trying to get out of my car.

If you want to, literally, play in traffic, that’s on you. But please stop putting my safety at risk.”