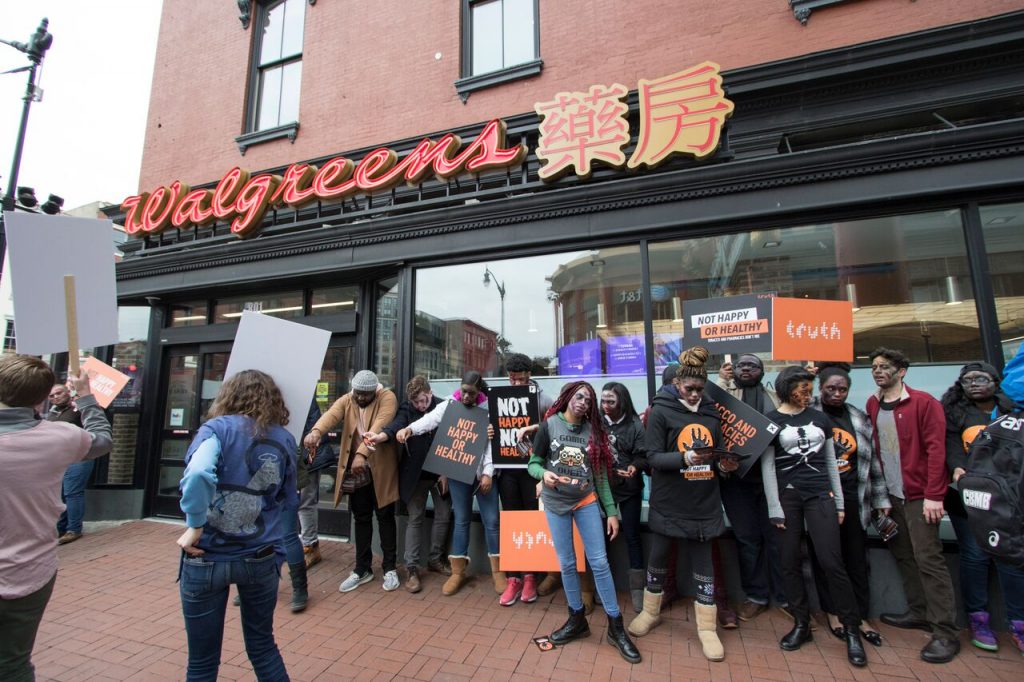 “Pharmacies selling tobacco: it sounds like a retail oxymoron. That’s why truth, one of the largest and most successful national youth tobacco prevention campaigns, announced today its zombie-themed demonstration outside of Walgreens’ Washington, D.C. flagship store to symbolize the consequences of smoking and protest its sale of tobacco products. Despite significant progress in reducing the rate of youth smoking, tobacco use is still the leading cause of preventable death and disease in the United States. According to a recent survey conducted by Truth Initiative, the national public health organization that directs and funds the truth campaign, 82 percent of adults in the United States feel that pharmacies should sell products that help people get and stay healthy and 60 percent of adults who shop at Walgreens agree that pharmacies should not sell tobacco products. 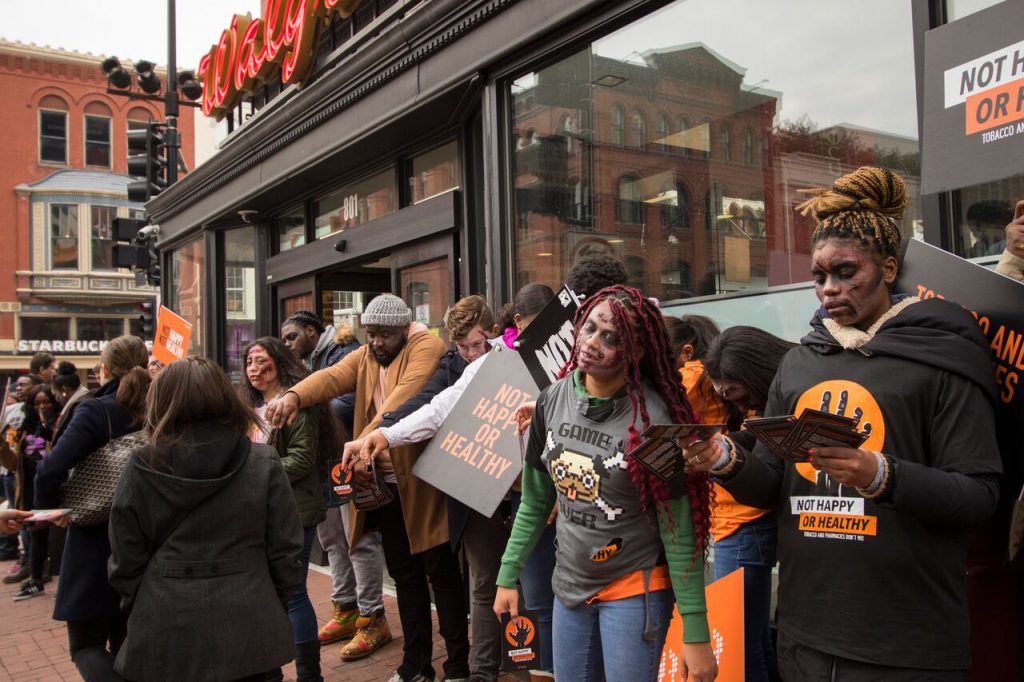 truth will kick off the demonstration at 12 p.m. EST at the Walgreens’ location at 801 7th St., N.W., with the help of teens and young adults, as well as local organizations and colleges from the D.C. area. The protest title, “Not Happy or Healthy,” takes aim at Walgreens’ longstanding tagline, “On the Corner of Happy and Healthy”.  Earlier this month, Walgreens changed its tagline to “Trusted Since 1901”, removing any reference to health.

CVS, and many other independent pharmacies, chose to take a stand against tobacco, voluntarily eliminating it from their inventories. More than 150 localities in Massachusetts and California combined, passed laws banning pharmacies from selling tobacco, however, in 2016, 53,566 pharmacies, including Walgreens, continued to sell it.

“Simply put, tobacco and pharmacies don’t mix, said Robin Koval, CEO and president of Truth Initiative. “Our zombie protest underscores that while Walgreens continues to drag its feet on removing tobacco products from it shelves, more people are getting sick and dying from tobacco-related diseases.”

Virtually all the industry’s $8.5 billion annual marketing expenditure – more than 93 percent – is used to market in retail environments like Walgreens, including in-store advertisements, discounts and product displays behind check-out counters.

Retail marketing is linked to impulse purchases, an increased likelihood of young people starting to smoke and decreased success for people attempting to quit. About one-third of teenage experimentation with smoking can be directly attributed to tobacco advertising and promotional activities in retail environments.

The “Not Happy or Healthy” protest follows other truth activism on the topic. Last year, people from across the country rallied outside the Walgreens shareholders meeting in New York City on January 26 to encourage the pharmacy chain to stop selling tobacco products. truth also organized a petition that collected over 5,300 youth signatures, and partnered with DoSomething.org on an effort that engaged more than 67,000 young people to encourage pharmacies to remove tobacco products from their stores.

For more information on “Not Happy or Healthy”, or to sign the petition to remove tobacco from Walgreens’ shelves, visit thetruth.com/zombiemarch“