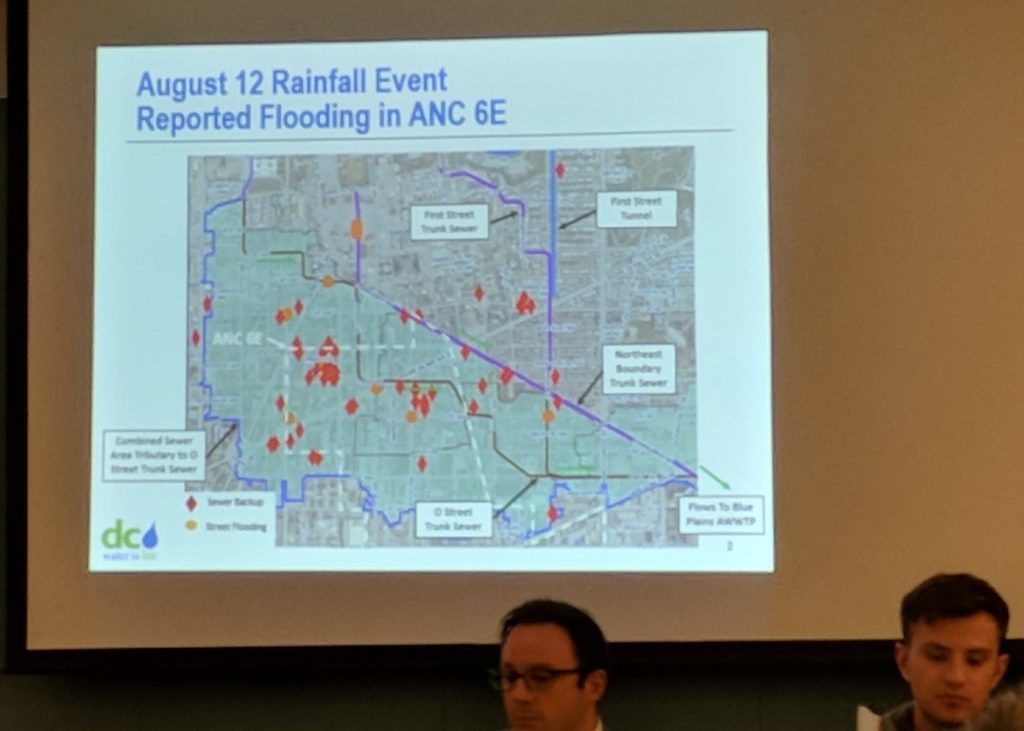 Experts from DC Water said last night (January 2) that the storms that caused last summer’s flooding in Shaw were “one- to five-year events”. They also said that DC Water’s Northeast Boundary Tunnel Project (NEBT), currently under construction and designed to remedy the flooding, would not be completed until 2023. The implication is that flooding and sewer backups could easily happen again in Shaw, perhaps more than once, before the situation improves. DC Water is offering homeowners in potentially affected areas, including Shaw, a rebate program to encourage improvements to prevent sewer backup when (not if) the next storm of a similar type comes.

Advisory Neighborhood Commission (ANC) 6E/Shaw listened to a report at its regularly-scheduled monthly meeting about the flooding in Shaw caused by the “rainfall event” of August 12, 2017. The presenters were DC Water team led by Craig A. Fricke, Acting Director for Engineering & Technical Services. The DC Water team said that no blockages in the existing sewer system had been detected, but the drainage system currently in place had “chronic trunk sewer capacity limitations”. These limitations “will be addressed by the NEBT project” when it is completed, but in the meantime homeowners were encouraged to prepare themselves. 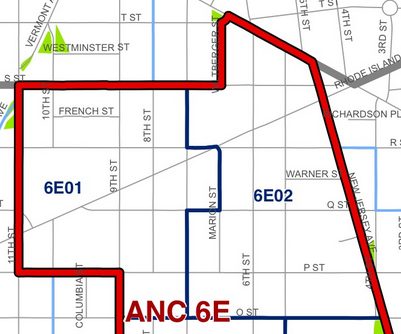 Commissioner Alexander Padro (district 01) said that the flooding had been worse in ANC6E districts 01 and 02 (see map). A high-rise residential building on the 1700 block of Seventh Street NW reported sewer backups up to the fifth floor, he said.

See a PoPville post with videos and photos of the August 12, 2017, flooding here.