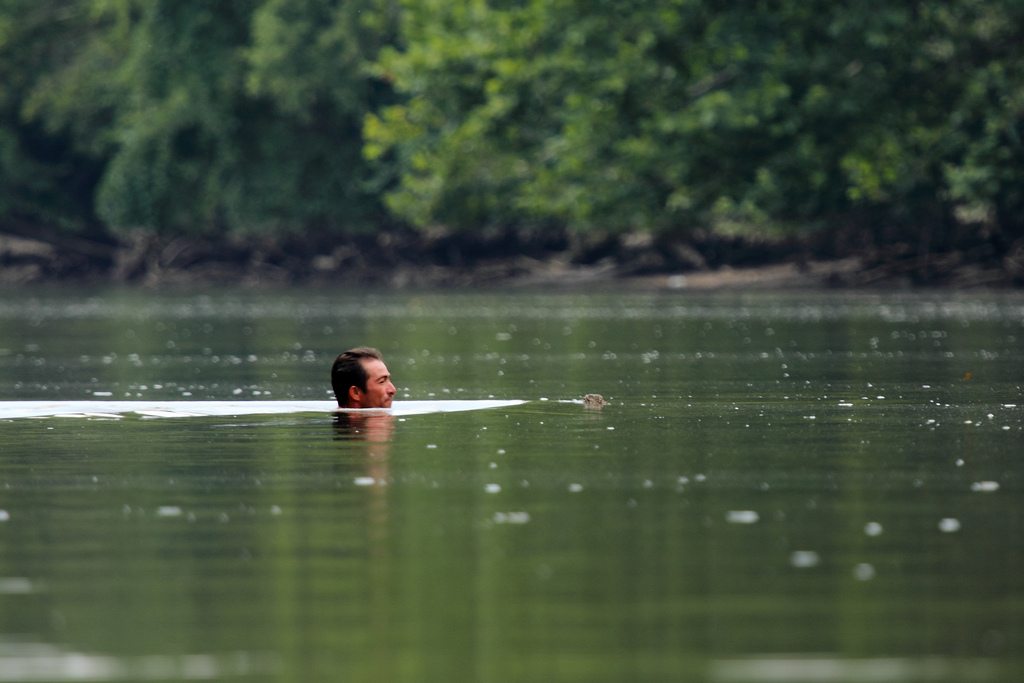 Franc introduced herself to the ANC last night (January 8) as the “Anacostia Riverkeeper“, a title she holds as a leader of a non-governmental organization of the same name. She admitted elsewhere that her desire for a swimmable Anacostia next year was a “hope”, and not a solid prediction.
“We’re a year or two away from that,” she said.

2018 is the Year of the Anacostia, and there are activities planned. On next Monday’s Martin Luther King Day holiday at 9 a.m., volunteers are encouraged to put on warm “get-dirty clothing” for a day of service in Pope Branch Park (2900 M Place SE). In 2017, clean-ups like this gathered more than 10,000 pounds of trash from the river and its shoreline, according to the Anacostia Riverkeeper website. RSVP for the event on Facebook here.

Franc told the ANC that there are two additional community clean-up days per year. The organization also sponsors Anacostia River boat tours (free, because they are funded by DC’s five-cent plastic bag fees). The next scheduled tour is March 31. In addition, there is a child-friendly catch-and-release Friday Night Fishing program, which will re-start in June. See a YouTube video about the fishing program here.

Still, Franc said “sediment remediation” – that is, removing the toxins that have accumulated after years of toxic industrial dumping and residential sewer runoff – is still a major ongoing project. The toxins “bioaccumulate in the fish tissue”, making them unfit for human consumption, even though “subsistence fishers” can still be seen on the Anacostia. Still, things were looking up for the Anacostia, she said, as the DC Clean Rivers Project will start sending sewer overflow from the city in tunnels under the river and directly to the Blue Plains Advanced Wastewater Treatment Plant in Southwest.

If you wish to swim in the Anacostia someday, Franc recommended that you download the Swim Guide app (available on both iOS and Android), which monitors water quality for swimming around the world. Anacostia Riverkeeper will test the river every Wednesday, she said, and report it for the weekend.