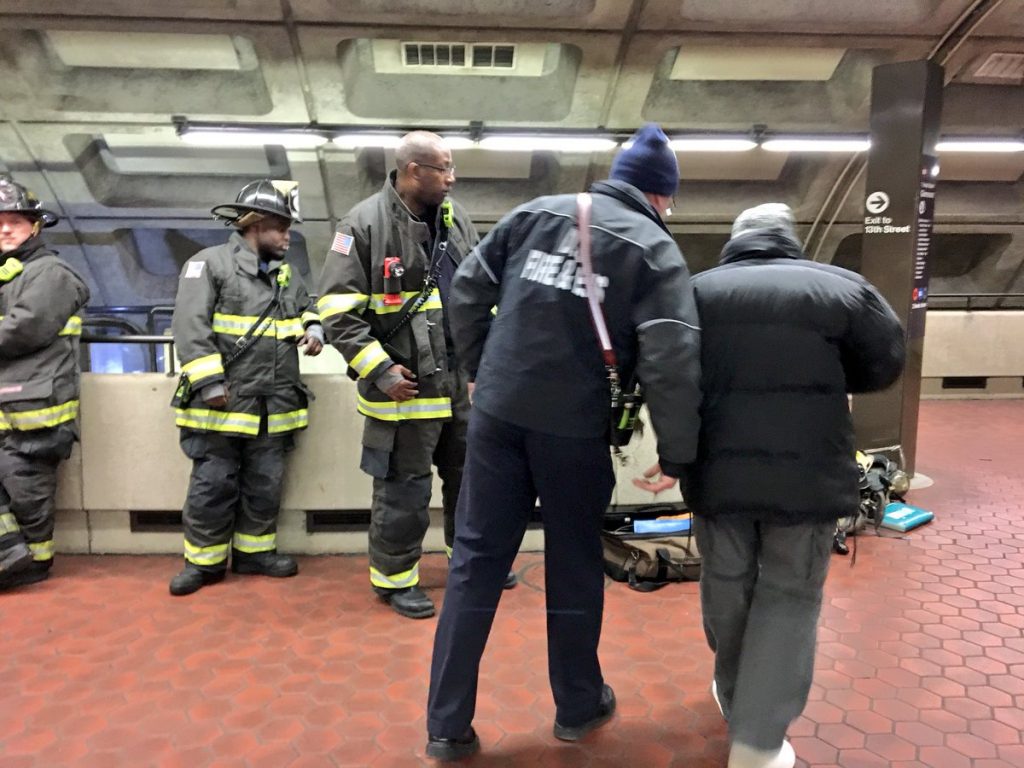 Photo by DC Fire and EMS

Marcus reported around 8am:

“everyone at metro center was told no red line toward shady grove and put on shuttles. At least 50+ cop cars and ambulances around. What’s going on this early?” 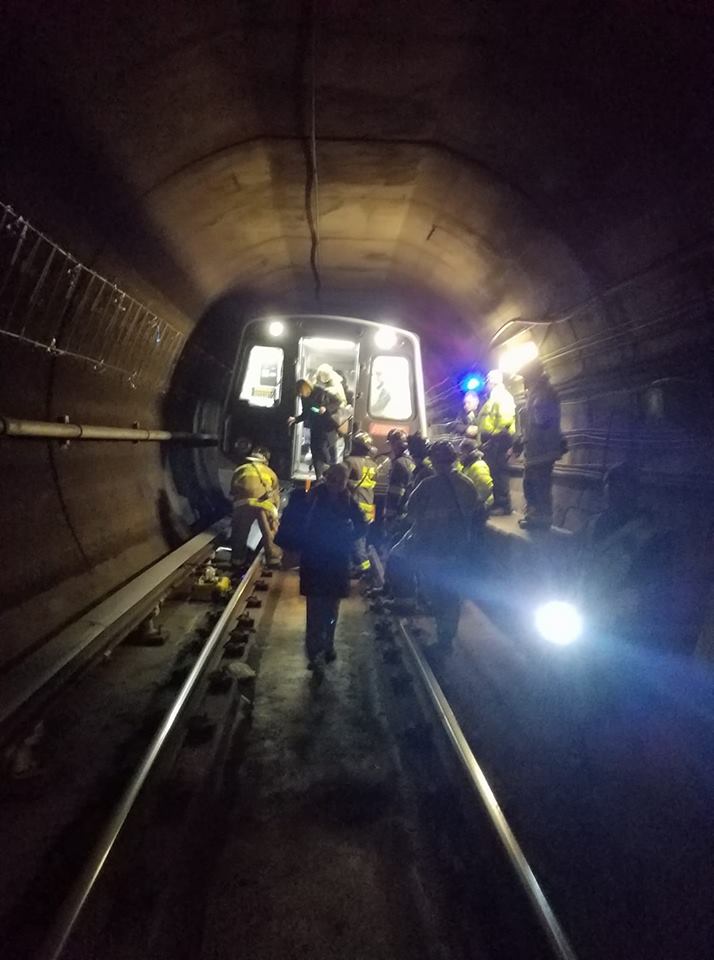 “Red Line Incident (update 1): All passengers have been safely evacuated from the derailed train. No injuries. Red Line service is operating in two sections: Shady Grove to Dupont, and Glenmont to Judiciary Sq. Shuttle buses run between Dupont and Judiciary Sq.”

“WMATA reports Red Line Service is still currently suspended between Dupont Circle and Gallery Place due to an earlier train derailment between Farragut North and Metro Center stations. Shuttle Service has been established. There is no estimated time to restoration of service. Updates will follow when service is restored or single tracking occurs”

“Metro Transit reports the Red Line is single tracking between Judiciary Square and Farragut North due to a train derailment outside Farragut North. Delays in both directions.”

#DCsBravest have successfully evacuated all passengers from derailed train, and conducting EMS assessments as they arrive on platform. None are reporting injuries. pic.twitter.com/Tpf7yQS8AM