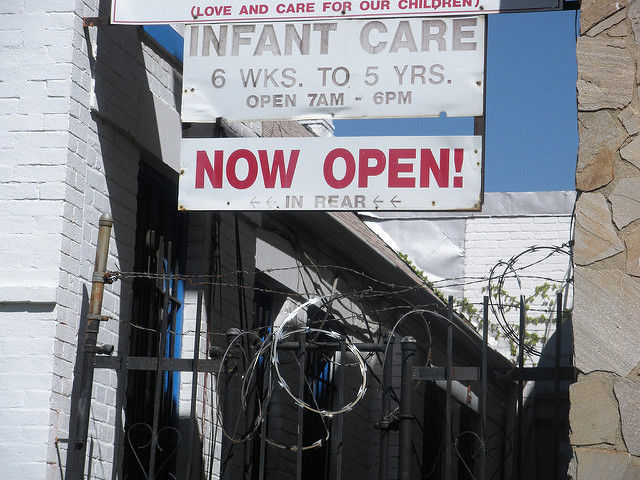 “We are trying to grow the universe of child care,” a DC education official told Advisory Neighborhood Commission (ANC) 6E/Shaw at its regularly-scheduled meeting on January 2.

Toward that end, DC’s Office of Planning (OP) is initiating a change in zoning regulations which will remove it from the business of regulating child-care facilities, in the hope of streamlining the process for people who want to get into the business. The proposed change would leave the supervision of child-care establishments largely in the hands of the Office of the State Superintendent of Education (OSSE). Eva Laguerre, Director of the License and Compliance Unit of OSSE’s Division of Early Learning, urged the ANC to write a letter in support of the change. She also urged members of the community to come out and testify in support of the measure at an upcoming hearing.

The hearing is scheduled for Thursday, February 8, 2018, at 6:30 p.m., at 441 4th Street, NW, Suite 220-S (Judiciary Square Metro), according to a document from the Interactive Zoning Information System of DC’s Office of Zoning (DCOZ). See the DCOZ online file on this proposed change here.

At the ANC meeting, Laguerre said that supply of child care in DC was about 50 percent of demand. Part of the reason, she said, is that it takes at least $75,000 upfront investment to open a child-care establishment, so the OSSE is trying to remove some barriers. As it stands now, every aspiring child-care provider must seek zoning relief from DC’s Board of Zoning Adjustment (BZA). The proposed change would not relieve child-care providers from complying with all zoning regulations, but it would mean that the intention to open a child-care facility would no longer automatically trigger the need for zoning relief.

Laguerre said that the zoning relief process ordinarily took at least three months, because applicants first have to get ANC endorsement of the request at an ANC’s once-a-month meeting and then get on the BZA calendar for another meeting.

ANC6E Commissioner Alexander Padro (District 01) called the proposal “a time saver for the ANCs”, and a motion to send a letter of support was passed unanimously.

Read more →
More Stories
Your Afternoon Animal Fix“On January 20, 2018, women and allies will once again take to the streets of the nation’s capital to make a powerful statement to the current administration and the rest of the world.”