Email signup
Search
Dupont Circle, What the Helen of Troy is This 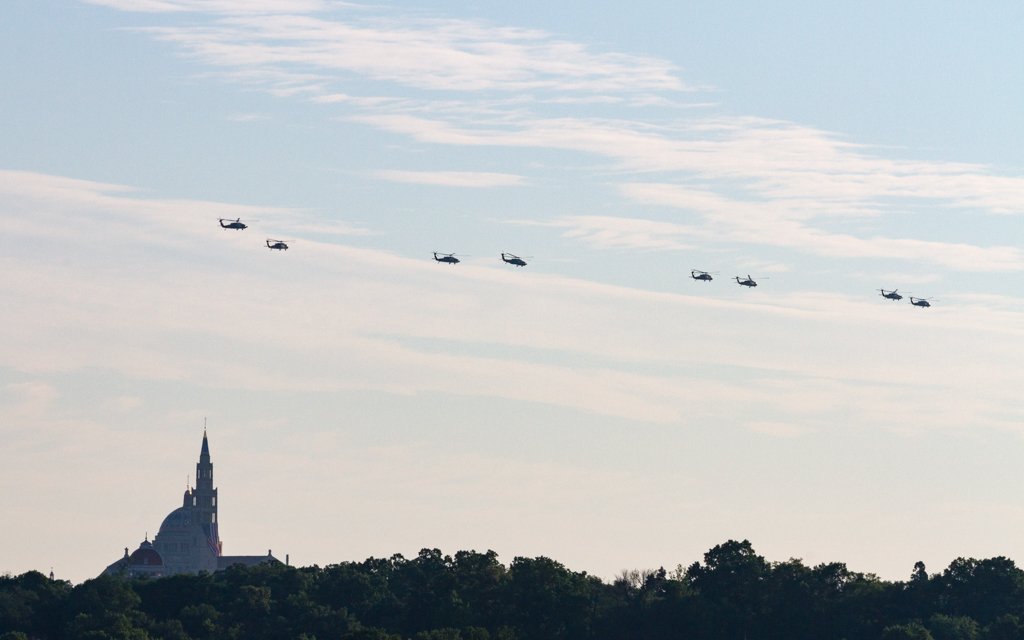 Lots of reports of early morning helicopters in Dupont/Adams Morgan/16th Street. Anyone happen to know the deal?

However, I can preemptively answer tonight’s queries from Joint Base Myer – Henderson Hall:

“There will be 15 United States Air Force Huey helicopters landing and taking off multiple times between 6:25 p.m. and 7 p.m. on Fort McNair Thursday January 25 for an exercise.”

More Stories
Random Reader Rant and/or Revel“Half a block from the White House”!!!