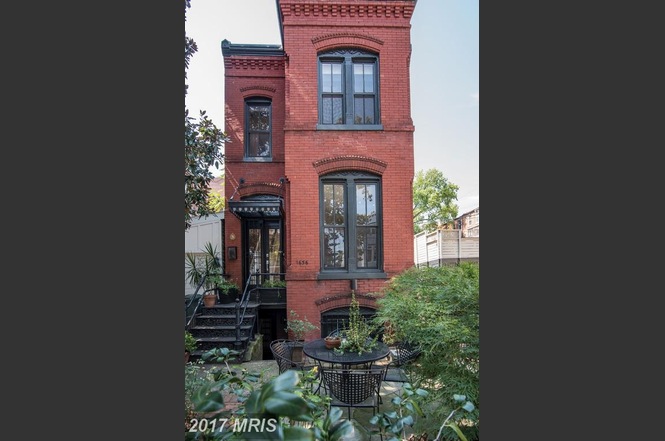 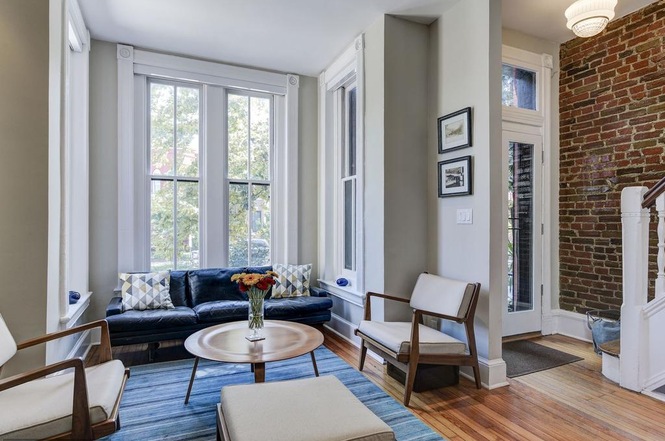 This Logan Circle townhome makes efficient use of a very small (360 square feet per tax record) lot. The very vertical fee simple house has a bedroom each on the main and top levels, and the kitchen is below grade, where it likely was when originally built. We used to see a lot more of these around, but the kitchens often get moved up to make room for rental units. The lower level kitchen is/was sometimes seen in homes based on shallow lots.

In poking around through the old MRIS listings for this property, I came across a very intriguing comment in the agent remarks from when it was on the market in 2000. Paul Sliwka, still very active in DC real estate and now the Broker for Central Properties on V St, wrote “SPECTACULAR, FRESH, CONTEMPORARY RENOVATION OF “BANISHMENT HOUSE”(SEE FARM REMARKS)”.

Sadly, the Farm Remarks are a field that no longer exists in the multiple listing system. Happily, Paul Sliwka is quick to answer his texts. He told me that what he remembered being told (from seventeen or so years ago) was that the house to the left on the corner was owned by a judge and he had an adult son who was a mess, so he built the house on his back lot and made the son live in the little house. (So basically, the original accessory dwelling unit.)

I also checked in with local DC Neighborhood and House History Mavens, Brian Kraft and Sarah Shoenfeld. Brian immediately knew of the house of interest. He pointed me toward the house to the left on the corner that Paul mentioned above. It turns out that 1301 Corcoran St NW is well known as the “Zalmon Richards House”, and is on the National Registry of Historic Places.

Brian noted that Richards’ second wife, Mary Frances, had 1636 13th St NW built in the rear of the property in 1887, probably because they were strapped. An 1892 directory has a clerk named Wm. W. Porter residing there (possibly a renter). An 1892 real estate map shows both houses on one lot.

The current listing agent for this transaction was Ed Carp with Continental Properties, Ltd. Melinda Estridge, with Long and Foster Real Estate, Inc. represented the Purchaser

Read more →
More Stories
13 Of Our Favorite Events in D.C. This Weekend“Looming Federal Government Shutdown Will Not Create Service Changes for District Residents, Businesses, or Visitors”