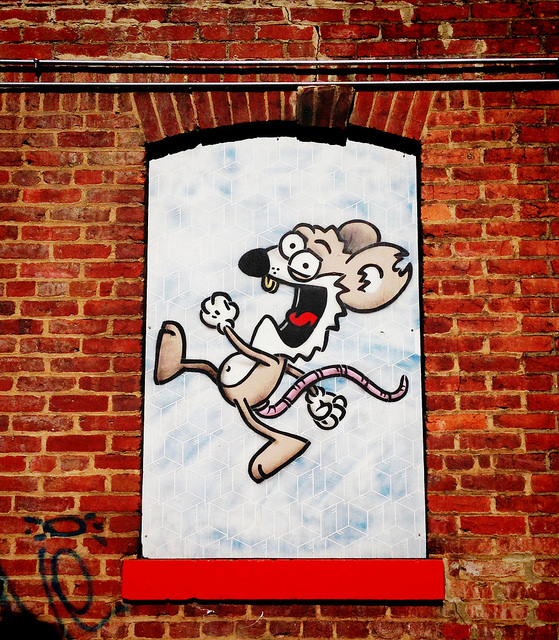 Last night my husband and I were walking home near Columbia and Harvard and I noticed a woman kicking something down the street. As we turned the corner I realized she was attacking a baby mouse (or rat…either way this thing was a baby). She was chasing it up and down the sidewalk kicking it every chance she could get until the mouse stopped moving. I couldn’t believe it. The way she kept going after it seemed vicious and cruel.

I should note that she was walking her dog at the time. I thought maybe her dog got close to eating it, so she was lightly kicking it out of the way, but her dog didn’t seem in the least bit interested in the mouse.

My husband was pretty silent the whole time and as we were walking away I was pressing him for a reaction. Turns out he was a bit torn on the issue. On the one hand, what she was doing looked brutal. On the other hand, mice and rats are pests. Had it been in our apartment we probably would have tired to kill it. Traps and poison aren’t necessarily that humane either.

But I can’t shake off the feeling that it was unbelievably cruel. We live in a city and while DC definitely has a rodent problem, this doesn’t seem like the way it’s going to be solved. Maybe I’m just reacting strongly because it looked like a baby.

I’m curious how people would react to this situation — is there such a thing as animal cruelty when it comes to pests? If so, where do you draw that line? Given the opportunity, would you go out of your way to try to kill a mouse or rat on the street?”