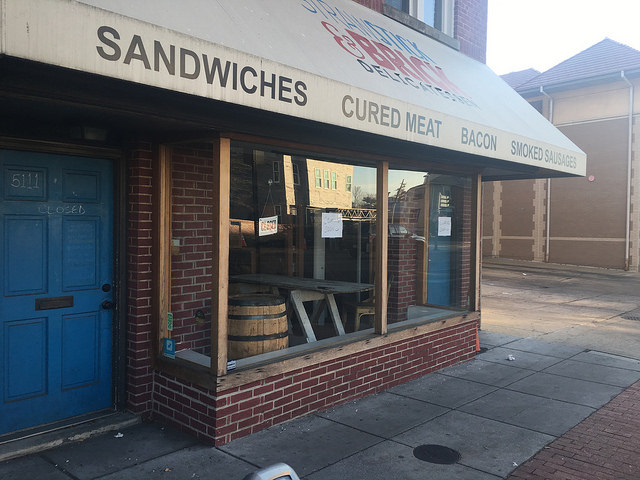 paper in window only has a tantalizing “Coming Soon”. 5111 Georgia Avenue, NW

I heard Straw, Stick, and Brick Delicatessen on Georgia Ave is re-opening. It’d be so great if that was true. SSB had great food and was a kinda fun place to meet Petworth and Brightwood Park neighbors.

I was wondering if you might know whether the re-opening rumors are true?”

What I’ve learned is that the business was sold, name and all, back in September. Now I don’t know if the new owners have decided to keep the name or not but since they bought it and already have the nice awning – I’m guessing they’ll keep the name. As to what the new Straw Stick & Brick will be – obviously there will be a major food component but I think there will also be a major coffee component. So to sum up – new owners will be opening something here soon that may or may not be named Straw Stick & Brick. And there may be coffee. STAY TUNED.