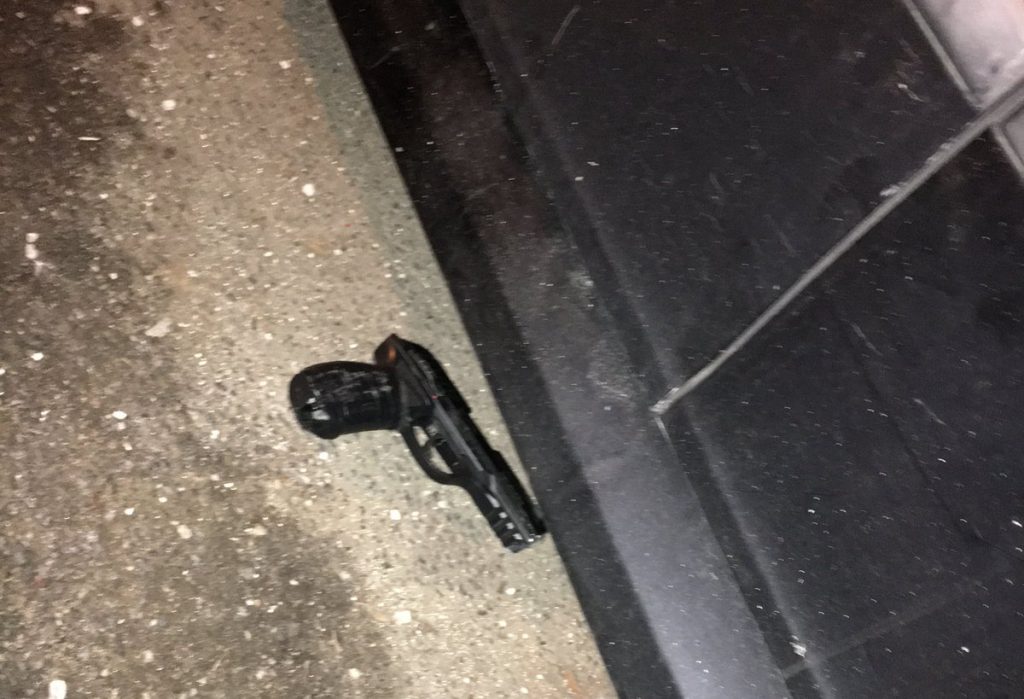 “Detectives from the Metropolitan Police Department’s (MPD) Internal Affairs Bureau are investigating an officer involved shooting that occurred in the 800 block of 8th Street, Northeast, on Saturday, December 30, 2017.

At approximately 9:26 pm, members of the First District responded to the listed location for the report of a Burglary One. Upon arrival, Officers encountered the suspect who was standing in the street with an apparent firearm. The officers ordered the suspect multiple times to drop the weapon. The suspect then pointed the weapon at the officers. The officers discharged their service weapons striking the suspect. MPD members rendered first aid to the suspect until DC Fire and EMS arrived and transported him to an area hospital for treatment of life threatening injuries.

On Sunday, December 31, 2017, 34-year-old Kevin Talley, of Northeast, DC, was arrested and charged with Assault on a Police Officer while Armed.

The suspect’s firearm was recovered on the scene. Upon closer inspection, the weapon pointed at the officers was determined to be a BB gun and is pictured above.

No pedestrians or officers were injured during this incident. The officers involved were placed on administrative leave, pursuant to MPD policy.

The officers had activated their Body Worn Cameras. That footage is currently under review.

This case remains under investigation. Anyone with information is asked to contact police at (202) 727-9099.”