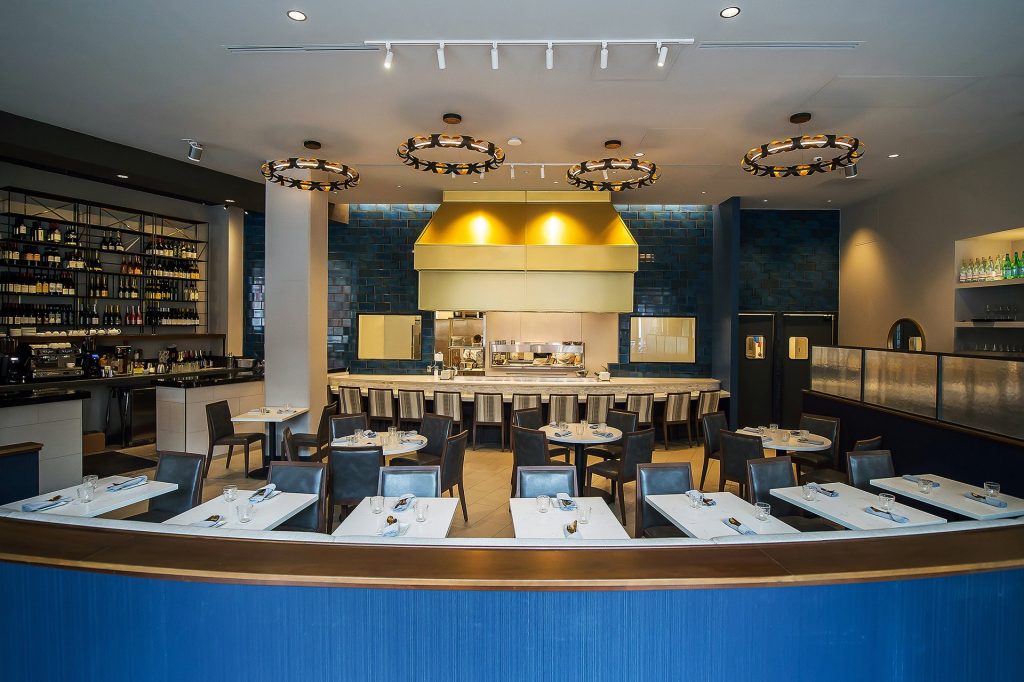 Owned by Sachin Mahajan and Ricky Singh, Karma creatively reimagines classic Indian and South Asian cuisine and flavors on its menu of innovative small and shareable plates with an approachable twist.

Executive Chef Ajay Kumar is a New Delhi native who has cooked for the White House State Dinner honoring former Indian Prime Minister Manmohan Singh and, more recently, designed the menus for several D.C. receptions attended by current Indian Prime Minister Narendra Modi. Kumar is intent on redefining Indian cuisine, which has yet to evolve in a truly modern fashion. His innovative Karma Modern Indian menu moves beyond curries, and is, instead, a fusion of India’s traditional cuisine with contemporary plating and forward-thinking flavor profiles.

Kumar puts his twist on classic Indian fare like naan, paneer and lamb, infusing them with unexpected flavors and ingredients, such as truffles, pesto and star fruit. Additionally, unconventional menu items like octopus, duck and quinoa inject modernity into the traditional Indian palate.

Using locally-sourced ingredients, dishes like Chicken Tikka, Chilean Sea Bass and Lobster Masala brilliantly show off Kumar’s traditional and modern cooking methods. His creativity also shines through in signature dishes such as the breaded Chicken Lolli, served on a sugar cane stick, and kebab-style paneer, grilled to perfection with roasted peppers, onions and more. Vegetarian and vegan offerings like zucchini kofta, quinoa, roasted pistachios and turmeric salad make up more than half the menu.

Meanwhile, Bar Director Dominik Lenikowski lets his passion for the classics lead the way with a menu of five rotating classic cocktails made with his favorite spirits and ingredients, including housemade bitters, infusions and vermouths. He’ll also offer Indian-influenced sips and a unique wine list sourced from organic wineries that adhere to biodynamic winemaking practices and are environmentally responsible.

In keeping with that theme of culinary consciousness, Karma, named as a nod to positivity and social responsibility, will also donate a portion of daily sales to local and global charities, including DC Central Kitchen and Save the Children, with the aim of helping children and impoverished communities at home and around the world.

Designed by prolific D.C. design, art and fabrication firm, SWATCHROOM, the 5,000-square foot eatery features soaring ceilings and a modern, globally-inspired interior, including shades of grey, gold and navy with wooden textures. A trio of distinct dining areas make up the space: a trendy bar and lounge with a unique spice chandelier overhead, the light-filled main dining room and a private dining section that seats up to 35 guests and is anchored by stunning, loom-inspired artwork. Diners can also get a front row seat at the open kitchen bar, which seats 12.”