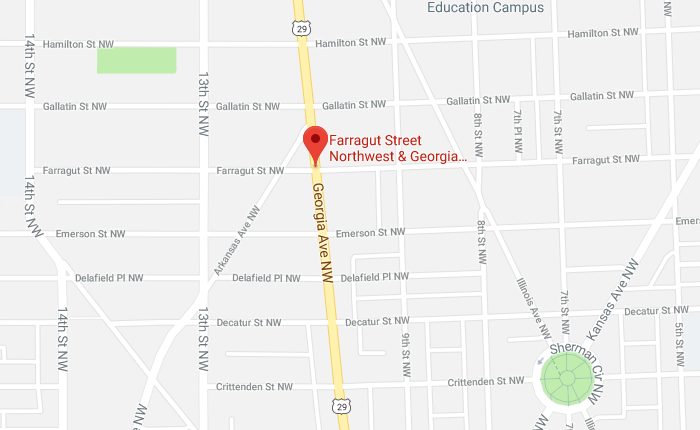 My fellow Uber Pool riders and I witnessed a crossing guard hit by a motorist who did not stop. This occurred around 7:30 AM this morning at Georgia and Farragut, NW. The guard was in the middle of Georgia Avenue when she got hit. Our driver pursued the motorist, and one of the passengers called 911. Finally we got close enough so that I was able to read the plate number to other passenger, and she reported it to the police. The car was a small blue sedan, with handicapped plates. They got away, but not before we reported them.

I hope the guard is OK, she was knocked down but appeared to still be conscious. I saw a pedestrian go to assist while we pursued the culprit.”