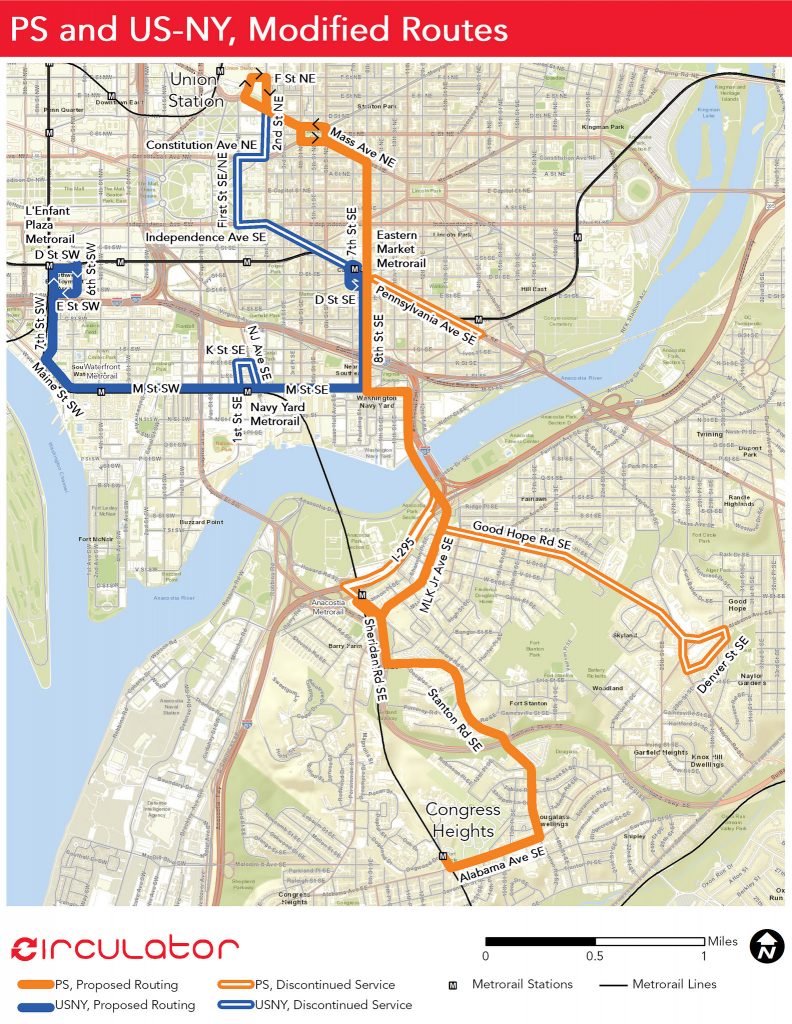 DDOT released the final 2017 Transit Development Plan and announced a public comment period and hearing on proposed major service changes. The major service changes involve reconfiguration of two routes and the addition of regular late-night service on Georgetown – Union Station. We are currently collecting feedback on these proposed changes and we’d love to hear from your audience. We are hosting a public hearing on January 4, 2018, and are collecting public comments through January, 19, 2018.”

“We are excited to begin implementation of the Transit Development Plan,” said DDOT Acting Director Jeff Marootian. “The service changes are intended to better align our resources with growing activity centers that improve the reliability of the service.”

The major service changes involve reconfiguration of two routes and the addition of regular late-night service between McPherson Square and Union Station, as well as a proposed fare media change to eliminate the use of DC Circulator-exclusive paper passes. DDOT expects the proposals to be implemented in April 2018.

The public is invited to comment on the proposed service adjustments and proposed fare media adjustment at a public hearing, at the following location:

Based on feedback from the DC Circulator 2017 Transit Development Plan Update, DDOT is formally proposing the following major service changes:

Persons who wish to speak at the hearing may testify after signing up for a spot by visiting dccirculator.com/service-changes-2018 or by calling 202-671-2020. All presentations shall be limited to two minutes to accommodate as many speakers as possible.

The comment period on the major service change will last through Friday, January 19, 2018, and attending the public hearing is not required to submit a comment. All comments submitted in one of the following ways will be reviewed:

Thanks as always to realtor Kevin Wood for compiling this monthly list of home/condo sales for PoPville. Click below on “September 2021 Sales” for the full list of sales in…

Read more →
More Stories
About Republic Cantina coming to Truxton Circle (if the objectors don’t muck it up) “this goes way deeper than just kolaches.”Today’s Rental comes with a roommate