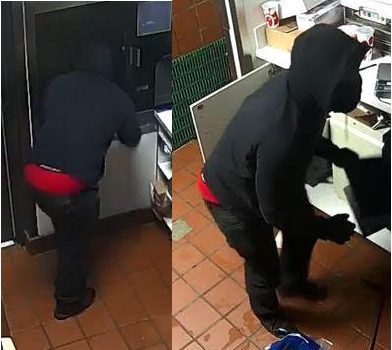 “Detectives with the Metropolitan Police Department’s First District seek the public’s assistance in identifying a suspect in reference to a Burglary Two offense which occurred in the 1400 block of Maryland Avenue, Northeast on Saturday, December 9, 2017.

At approximately 12:40 am, a suspect gained entry to an establishment at the listed location. Once inside, the suspect attempted to open the cash register but was unsuccessful.

The suspect fled the establishment to a waiting vehicle which is described as a black Hyundai Santa Fe. No property was obtained.

A nearby surveillance camera captured a person of interest in this case that can be seen in the above photos.