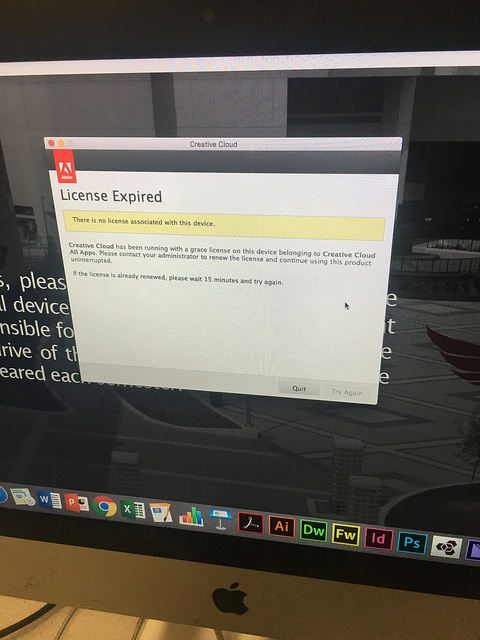 I’m a student at UDC. Our Adobe Programs have been down for almost a month and the university forgot and refused to pay the license for our programs. So basically we can’t learn anything. We have been fighting the bureaucratic system here at the University and their inability to take our program seriously. On behalf of my fellow students we would greatly appreciate it if you could post a story to shed some light on this situation.

Currently, most of the professors have said they were told it was a licensing issue and that it was likely unpaid but some have honestly no idea why its not working.

I talked to a rep at the Dean’s office and they told me they would quote “rather speak to professors and not students about this situation.” Which I don’t quite understand.” 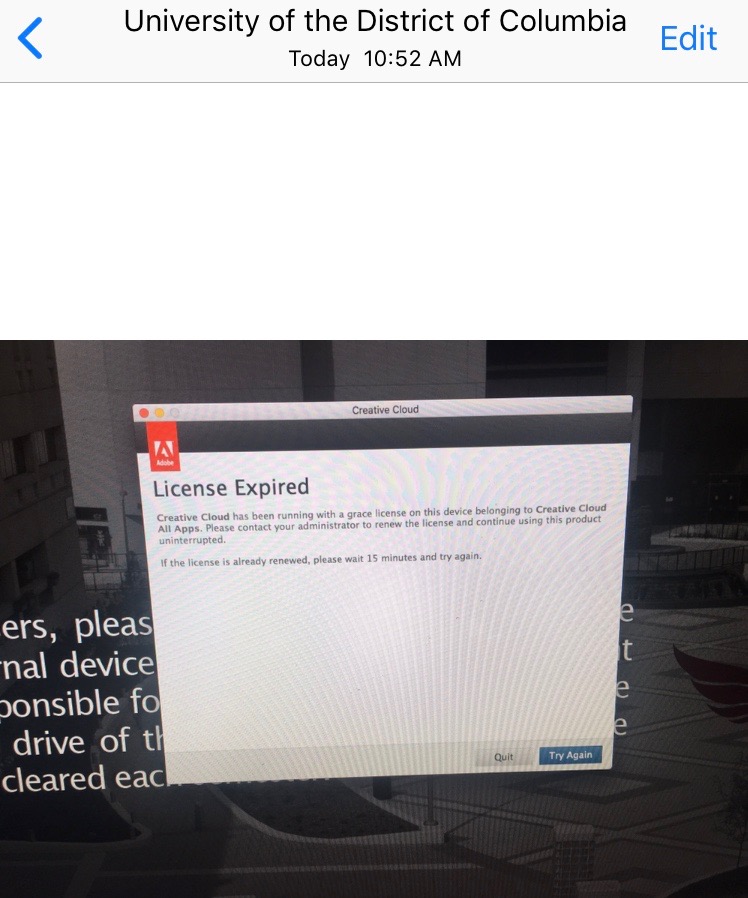