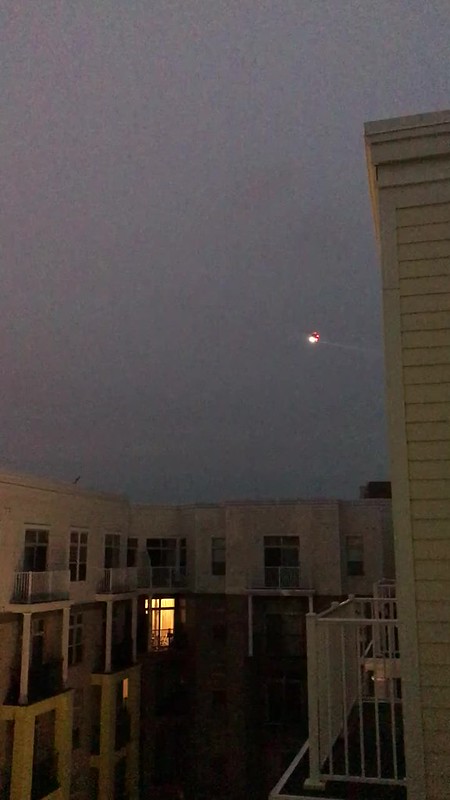 I live in 16th Street Heights and was rudely awakened shortly after 6 by a helicopter doing low altitude circles this morning…this was followed by a cacophony of sirens about an hour later…any idea what that was all about?”

“Around 610am this morning there was a low flying helicopter circling Petworth. Super loud – it woke me up and made the floors of my apartment vibrate. Anyone have any idea what’s going on?”

“This was a US Park Police helicopter assisting MPD with an investigation in the 900 block of Shepherd Street, NW.”

Not sure if related but last night MPD reported:

Both victims were transported to a local area hospital. The unconscious victim later succumbed to his injuries.

Anyone with information about this shooting is asked to contact the Metropolitan Police Department’s Command Information Center at 202-727-9099. Thank you.”

“Detectives from the Metropolitan Police Department’s Homicide Branch are investigating a homicide that occurred in the 1300 block of Rittenhouse Street, Northwest, on Tuesday, November 7, 2017.

At approximately 8:15 pm, members of the Fourth District responded to the area for the sounds of gunshots. Upon arrival, officers discovered one adult male and one juvenile male, suffering from gunshot wounds, in the rear alley of the listed location. DC Fire and EMS arrived on the scene and transported both victims to area hospitals. The adult victim was treated for non-life threatening injuries. The juvenile victim was pronounced dead after all life-saving efforts failed.

The decedent has been identified as 16 year-old Yoselis Regino Barrios.

more stories
Previous
Random Reader Rant and/or Revel
Next
“Has anyone mentioned what’s going on at the St Regis?”