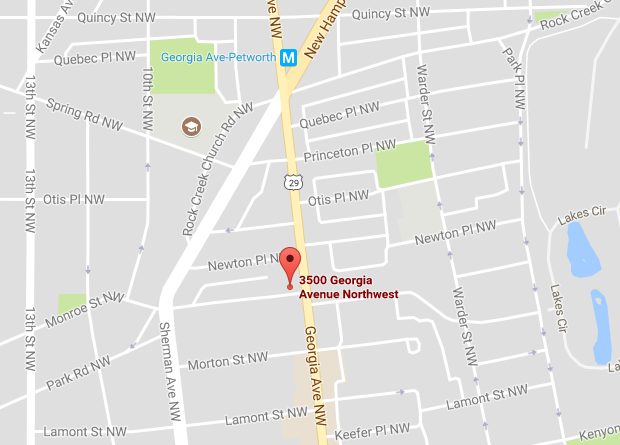 “At 2:10 this morning 4D units responded to a business establishment in the 3500 block of Georgia Ave. NW for the report of an assault. The investigation revealed that a female suspect was involved in an argument with a waitress. The suspect jumped over the counter and began striking the waitress with her fists. When another waitress attempted to intervene, the suspect grabbed a knife off the counter. The suspect chased the two waitresses with the knife but they were able to retreat to the bathroom and lock the door. The suspect went outside and got her male friend. While they were outside another employee locked the front door of the restaurant. The male suspect kicked the front door in then both suspects went to the bathroom to try to confront the victims. The male suspect kicked a hole in the bathroom door but prior to forcing the door all the way open 4D units arrived on the scene and arrested both suspects. Arrested and charged with ADW knife, threats to do bodily harm and destruction of property were 19 year old Lidia Ventura of Northeast Washington, DC and 28 year old Eric Umana of Northwest Washington, DC.”