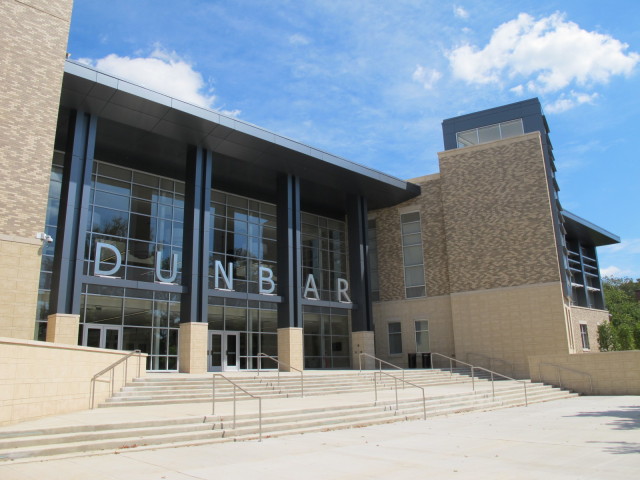 With a broken boiler for nearly 3-weeks, the temperature of the open-to-the-public pool at Dunbar High School in Truxton Circle has been steadily dropping. 79-degrees two weeks ago was good for fast swimmers. 77-on Friday left some with numb toes and the chills. By Sunday, 75-made it tough to stay in for a full hour swim and only really fast swimmer could cope, though most during impromptu conversations said they never warmed up. Temp on Monday morning still reads at 75, but it will likely continue to fall until DPR and Dunbar decide who is responsible for paying to fix the boiler. Yes, that’s right! Though DPR contracted with the school about three years ago to open up to the public their gorgeous pool, their contract apparently didn’t cover who pays when things break! That’s the word from those on the ground and why someone just started to fix the boiler on Saturday (they are reportedly working on it today as well) though it’s been broken for almost a month. First world problems — I know. But, for those swimmers out there for whom this pool is a favorite (the life guards are the friendliest bunch in town), definitely a chilly way to start or end the day.”

Read more →
More Stories
On the Job: What is this arbitration agreement I signed and what does it mean?Sadly a Proper Bagel Shop is Not Coming to the prime SE Corner of 14th and U St, NW