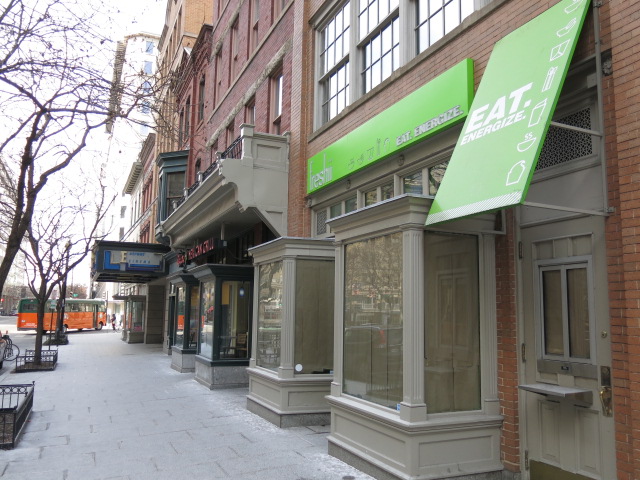 Until this past Friday, E Street Cinema was set to show Louis C.K.’s new film, “I Love You, Daddy,” on November 17. Unfortunately, its plan changed only after the film’s distributer pulled it following the New York Times‘ expose of C.K.’s extensive history of sexual misconduct.

C.K.’s movie is an homage to his cinematic hero, Woody Allen, who’s made numerous films in which an older man (usually Allen himself) preys upon a very young woman. “I Love You, Daddy” borrows that theme – C.K. plays a wealthy and successful Hollywood-type whose teenage daughter falls victim to a much older man’s predatory advances. As the New Yorker observed, “it’s lamentable that it took the outing of Louis C.K.’s actual misconduct, rather than the movie’s own demerits, to get it off the calendar”.

E Street’s intention to ever show this film was questionable and concerning, both in light of its facially repugnant themes and the rumors about C.K. that have swirled for years (with increased pace and urgency over the last few weeks). I found the juxtaposition of watching a preview for the film at E Street before “Jane” – a beautiful account of a woman who overcame countless sexist obstacles to make indelible contributions to animal science – especially jarring.

E Street’s decision to show “I Love You, Daddy” was ultimately made for it, but it still has a choice as to whether to show Woody Allen’s films.

As a formerly obsessive, longtime Woody Allen fan, I was guilty of ignoring or excusing not just the heinous accusations against him, but the unassailable facts we know – his relationships with teenage girls onscreen and his sexual relationship with a teenage girl to whom he was a father-like figure (whom he eventually married). His dismissive response to the Harvey Weinstein revelations (you “don’t want it to lead to a witch hunt atmosphere, a Salem atmosphere”) is the latest example. During this overdue moment of national reckoning over sexual misconduct, it’s important for all of us to face the truths about prominent figures that have long been brushed under the rug.

The tired argument that an artist’s artistic and life choices should be viewed separately rings especially false when his art imitates his life. Theaters like E Street – renowned for championing socially-conscious and culturally-relevant work – should stop providing a platform to filmmakers who seek to normalize and celebrate sexual misconduct.”