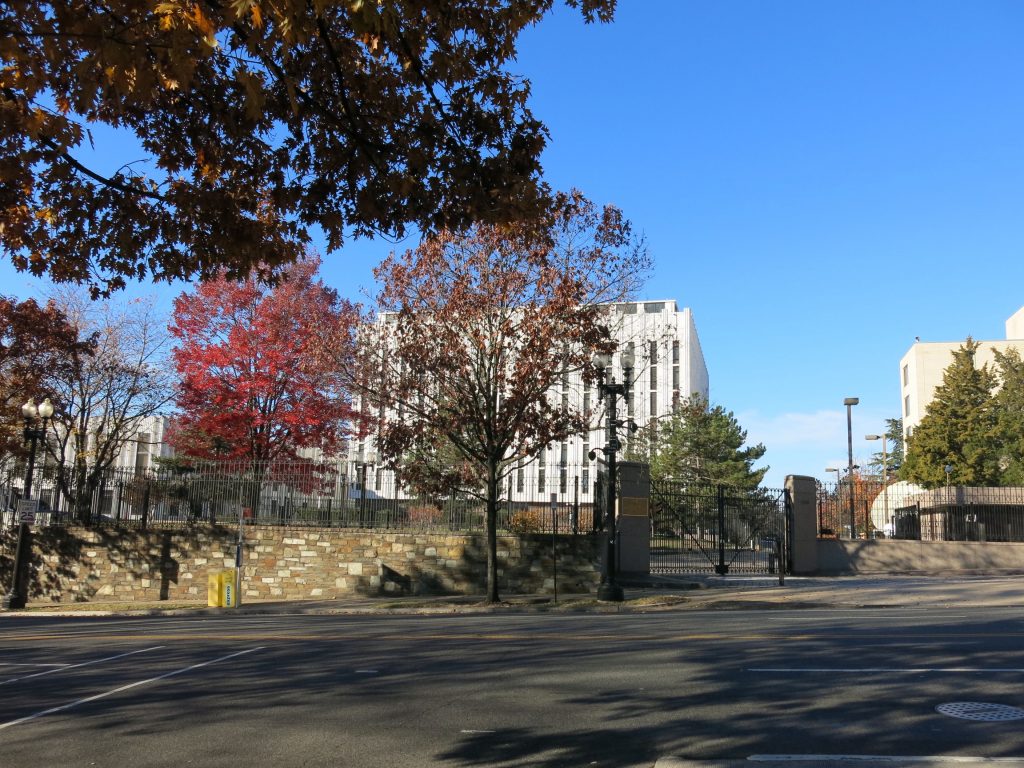 I just learned of the below hearing, which concerns renaming the portion of Wisconsin Ave in front of the Embassy after a Russian politician, Boris Nemtsov, who opposed Putin.The politician was assassinated on a bridge near the Kremlin. The DC Council is having a hearing 12/6/2017, details below. Seems rather unusual.”

“The idea was born earlier this year on Capitol Hill, where Sen. Marco Rubio (R-Florida) introduced a bill to commemorate Nemtsov by making sure Russian diplomats coming in and out of the embassy couldn’t easily ignore his name. But after the bill stalled in the Senate, Rubio found a willing partner in Mary Cheh (D-Ward 3), who introduced her own bill in late October in the Council. It will get its first hearing next week.

“People are being assassinated simply because they are agitating for democracy,” said Cheh. “That’s wrong, and if this a small way of us saying that’s wrong, I’m happy to do it.”

Those who wish to testify are asked to email the Committee of the Whole at [email protected] mailto:[email protected], or to call Sydney Hawthorne at (202) 724-7130, and to provide your name, address, telephone number, organizational affiliation, and title (if any) by close of business December 4, 2017. Persons wishing to testify are encouraged, but not required, to submit 15 copies of written testimony. If submitted by the close of business on December 4, 2017 the testimony will be distributed to Councilmembers before the hearing. Witnesses should limit their testimony to four minutes; less time will be allowed if there are a large number of witnesses. Copies of the legislation can be obtained through the Legislative Services Division of the Secretary of the Council’s office or here.