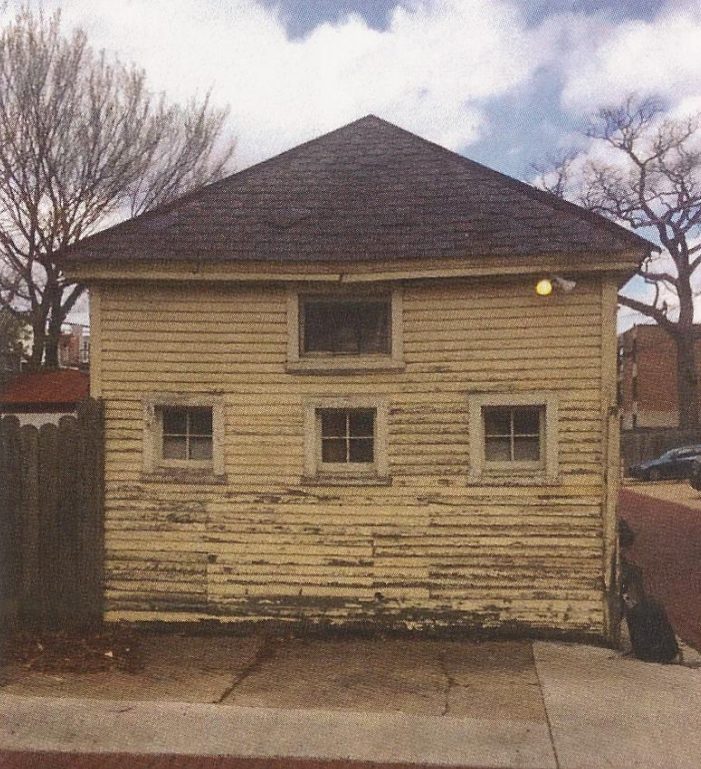 Photo credit: from documents distributed at the ANC meeting

“We won’t let our children go near that property,” a neighbor told Advisory Neighborhood Commission (ANC) 1D/Mount Pleasant at its October 24 meeting.

The property in question is a carriage house at the rear of 3305 and 3307 18th Street NW. It is a single structure which was built in the rear of two adjacent residences, perhaps around 1896, according to homeowner testimony to the ANC.

“The carriage house is in very bad shape,” the owner of 3305 told the ANC. The homeowner also said the building was structurally unsound and submitted a petition with 24 signatures from neighbors supporting the demolition of the existing structure and replacement with a new structure of similar appearance.

Since the carriage house is located in the Mount Pleasant Historic District, getting permission to demolish and replace it involves two separate permissions. The plan to rebuild must be approved by DC’s Historic Preservation Review Board (HPRB). But the act of demolishing a building in any historic district involves a separate review by the office of Mayor’s Agent at DC’s Office of Planning.

A representative of Historic Mount Pleasant, a local organization dedicated to architectural preservation, said that, in this case, the organization supported the demolition of the building.

“I’ve been encouraging them all along,” the representative said.

“The owners are committed to historic preservation,” said Commissioner Jon Stewart (district 01), citing previous work the owners have done on their houses. The properties are located in Stewart’s ANC district.

The ANC unanimously passed a resolution support the homeowners, saying that razing this building was “warranted in this case because of serious problems in the frame of the carriage house and with the foundation”. The resolution also supported the proposed new design, which is scheduled to considered by the HPRB at its November 2 meeting.

More Stories
Just When I Thought I Was Out, They Pull Me Back In!“High-pitched noise south of 16/U?”