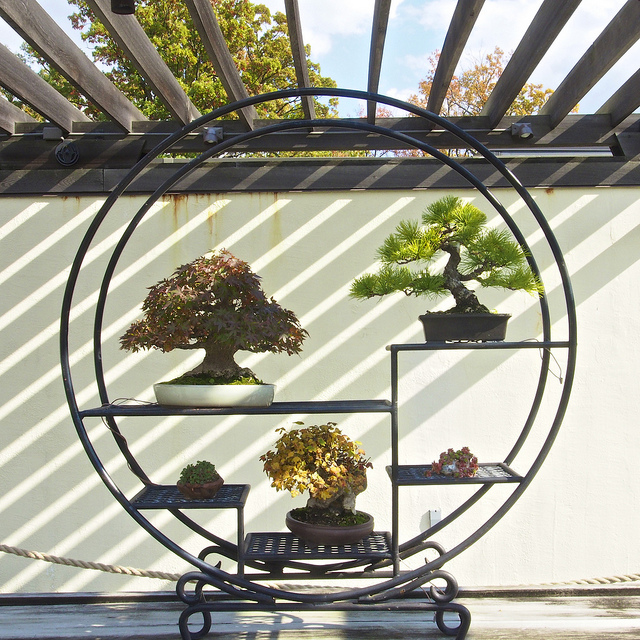 “The National Bonsai & Penjing Museum at the U.S. National Arboretum (3501 New York Ave, NE) will host the Aki Matsuri Autumn Festival on November 4, 2017. The day will play host to a number of free and open-to-the-public tours, cultural activities, book signings and vendors as well as a ticketed special evening Moon Viewing ceremony. A few of the free, daytime attractions include Kimono modeling, Taiko drumming, Bonsai demonstrations, behind-the-scenes tours and many hands-on children’s activities. There will be vendors on-site selling Japanese food and drinks as well as bonsai and other Japanese goods.

The festival will be the first major event since the rededication of the Japanese Pavilion on October 6th, and a great opportunity for guests to view the new attraction.

The Japanese Pavilion is home to storied bonsai including the forest planting Goshin – the most famous bonsai in the world – and a 400-year-old pine tree that survived the bombing at Hiroshima.

In addition to the Aki Matsuri Autumn Festival, also on November 4, the Arboretum will host a Moon Viewing (known in Japan as Otsukimi). The evening will take place in a meadow on the Arboretum grounds, and in keeping with Japanese tradition, will include haiku readings, music by Japanese koto players, food and sake tastings. Tickets for the Moon Viewing range from $15 to $30.

For a full schedule of events and ticket information please visit here.”

more stories
Previous
Bureaucracy Be Damned!! Shop Made in DC Opens to the Public Thursday