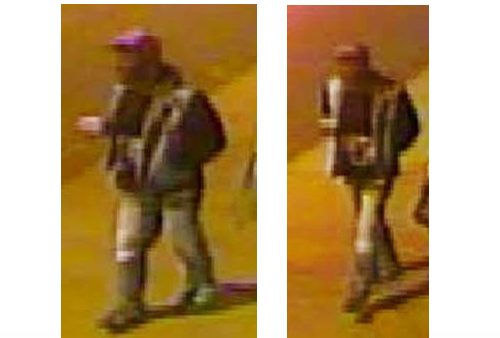 “The Metropolitan Police Department seeks the public’s assistance in locating a suspect wanted in reference to an Assault with Intent to Kill (Knife) offense that occurred in the 1700 block of U Street, Northwest, on Saturday, October 28, 2017.

At approximately 2:08 am, the suspect was involved in a physical altercation with two victims at the listed location. During the altercation, the suspect brandished a knife and stabbed both victims. DC Fire and EMS responded to the scene. The two adult male victims were transported to area hospitals. One of the victims received minor injuries while the other victim sustained life threatening injuries.

The suspect is described as a black male, with a dark complexion and a full beard. He is approximately 6′ tall. He was last seen wearing blue jeans and a denim vest. The suspect was captured by nearby surveillance video and can be seen in the photos above.

more stories
Previous
“Lapsed Catholic in search of a potential new place of worship to call home”
Next
Today’s Rental is a “bright, adorable one bedroom condo in Southwest”