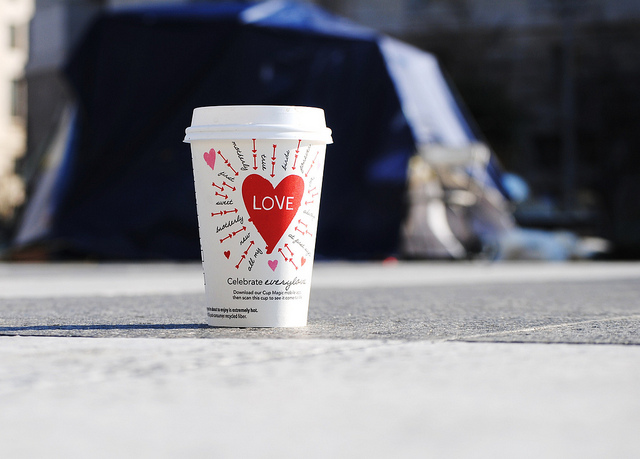 “Mayor Bowser announced that Starbucks has signed a letter of intent to become the anchor tenant at a new affordable housing development in Ward 8, bringing jobs and business to a long-vacant parcel in the heart of historic Anacostia.

“We know that every corner of Washington, DC is a great place to do business, and through this partnership with Starbucks, we are bringing in a company that is committed to hiring DC residents,” said Mayor Bowser. “This is how we expand prosperity-by being intentional about how we develop our neighborhoods and ensuring that as we grow, we create jobs for residents and set our communities up for long-term success.”

Starbucks will be one of the ground floor retailers at Maple View Flats, a Department of Housing and Community Development Project at 2228 Martin Luther King, Jr. Avenue, SE. The company has been a steady employer of Washingtonians, hiring residents from all eight wards for jobs that offer benefits and managerial tracks.

“The Bowser Administration continues to focus on intentional, equitable development and job growth in Ward 8,” said Deputy Mayor for Greater Economic Opportunity Courtney R. Snowden. “For far too long, many of our neighborhoods East of the River have felt left out and locked out of development in their community. This partnership will inject good jobs into the heart of historic Anacostia. By recruiting Starbucks as a high-profile anchor tenant to Maple View Flats, Mayor Bowser is delivering for the residents of Ward 8 and all Washingtonians.”

“This announcement is great news for the residents of Ward 8. We have waited years for more equitable development. Starbucks’ entrance into our community will bring good jobs and will jumpstart a wave of business growth along MLK. I’m proud to stand alongside Mayor Bowser and Deputy Mayor Snowden in celebrating this progress,” said Ward 8 Councilmember Trayon White.

This announcement comes just a few weeks after the 100k Opportunities hiring fair, an all-day event co-hosted by the Bowser Administration that provided young Washingtonians the opportunity to interview with top companies. Starbucks was among the participating employers.