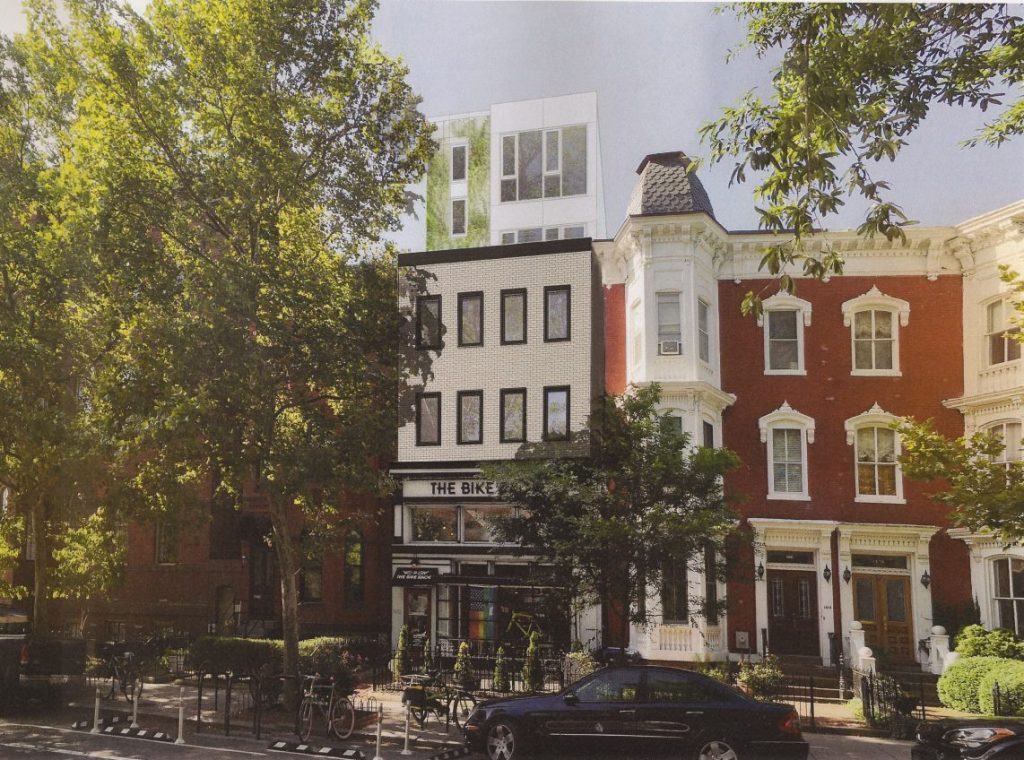 Proposed. Photo credit: from documents submitted at the committee hearing on October 25

Inscape Studios was back in front of the Community Development Committee of Advisory Neighborhood Commission (ANC) 2F/Logan Circle on October 25. Gregory Kearley of Inscape came with a modified plan to develop the space above 1412 Q Street NW. The lot is owned by the proprietor of The Bike Rack, a bicycle dealership on the first, and so far only, floor.

The expansion plans need approval from DC’s Historic Preservation Review Board (HPRB), because the shop is located within the Fourteenth Street Historic District. However, the owner does not need separate relief from zoning requirements, as the present proposal is within what the owner may build “by right”.

The plan presented was a scaled-down version of an earlier proposal. Kearley told the committee the new version of the plan has lost 12 feet in height by dropping a proposed penthouse.

Still, ten neighbors stood before the committee to object to the project. In addition, ANC2F Vice-chair John Guggenmos (Commissioner for district 02) read a communication from a constituent against to the project. (1412 Q Street is in Guggenmos’s ANC district.) Some neighbors criticized the design. Others objected to the effect the proposed expansion would have on their view, light, and air. The latter is a zoning matter and is not, strictly speaking, within the purview of HPRB, which is primarily concerned with the exterior appearance of the building.

There was also confusion about what the HPRB desired in the project. Both sides invoked the name of Steve Callcott, the HPRB officer with responsibility for the area, in support of their point of view. Presenter Gregory Kearley said Caldcott favored a design with the mass of new construction toward the front of the lot. But Emily Hotaling Eig, founder of the historical preservation consulting firm EHT Traceries, claimed that Caldcott “doesn’t want to push it forward”. Kearley disagreed.

The committee voted 5-2 to oppose the project on the basis that it was incompatible with HPRB guidelines. If the petitioners do not withdraw the project, it may be considered at the next meeting of the full ANC, scheduled for Wednesday, November 1, 7pm, at the Washington Plaza Hotel (10 Thomas Circle). 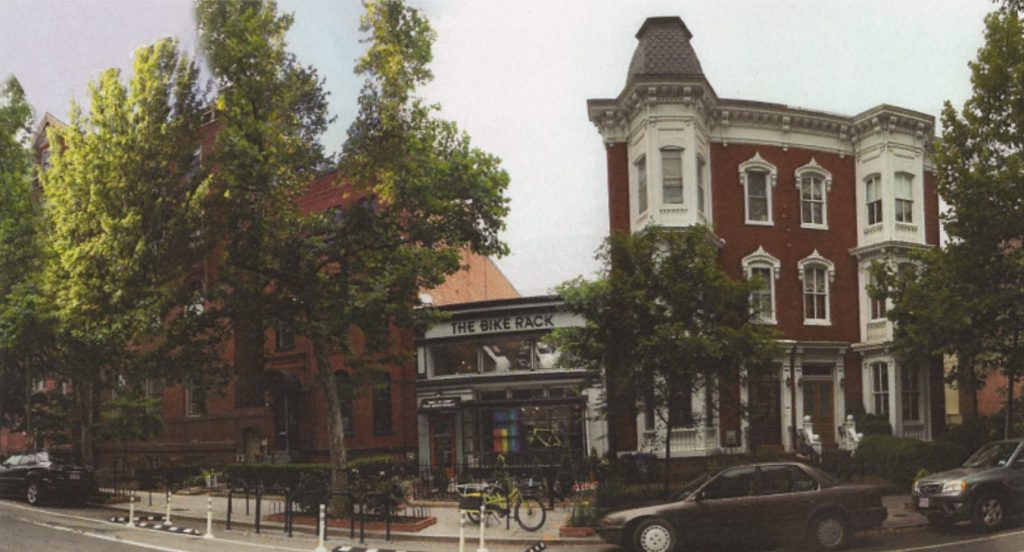