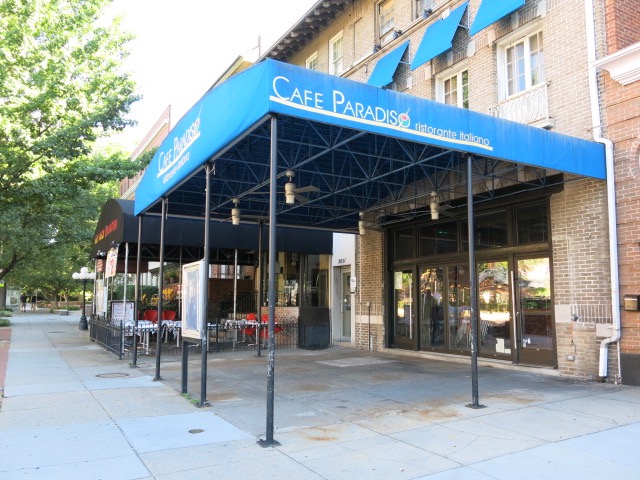 “Building permit issued for buildout of a new 2,593sf Starbucks in what appears to be the old Cafe Paradiso space, 2649 Connecticut Ave. NW.”

Cafe Pardiso closed after 27 years back in September 2016. In that time I’ve gotten tons of messages from folks wondering who was going in. I gotta say I’m amazed Woodley Park lasted this long without a Starbucks (though of course there is one across the street from the zoo.) On a personal note, I hope this alleviates the line at Dunkin Donuts. Yes that’s right, I like Dunkin Donuts coffee, there I said it. I also like their blueberry donuts. What’s up?!

Read more →
More Stories
About those Helicopters Last Night – Missing Person Assist AND “searching for a prisoner who escaped from police custody”“Instructions: 1) Photograph your beheading 2) Send to your Senators”