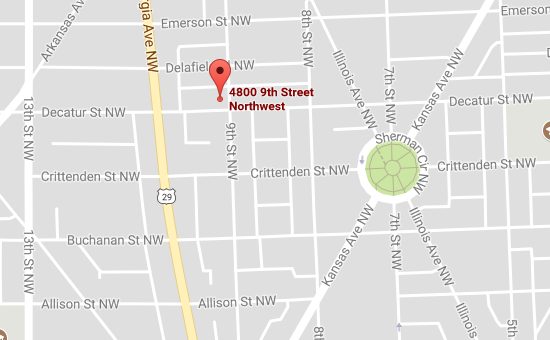 “At approximately 8:54 PM, Fourth District units were dispatched to the area of 9th and Decatur Streets, NW, for the sound of multiple gunshots.

Officers arrived in the scene and observed numerous shell casings in the 4800 block of 9th Street, NW.

A short time a later, an adult male victim was located at Georgia Avenue and Decatur Street, suffering from a single gunshot wound to his right ankle. The victim reported that he did not see who shot him.

Based upon a preliminary investigation, it appears that two suspects fired shots during this offense. A house and two vehicles were also damaged by gunfire as a result of this shooting.

Decatur Street between 9th Street and Georgia Avenue is currently closed while the investigation continues.

Anyone with information regarding this offense is asked to call the MPD’s Command Information Center at 202-727-9099. Thank you!”