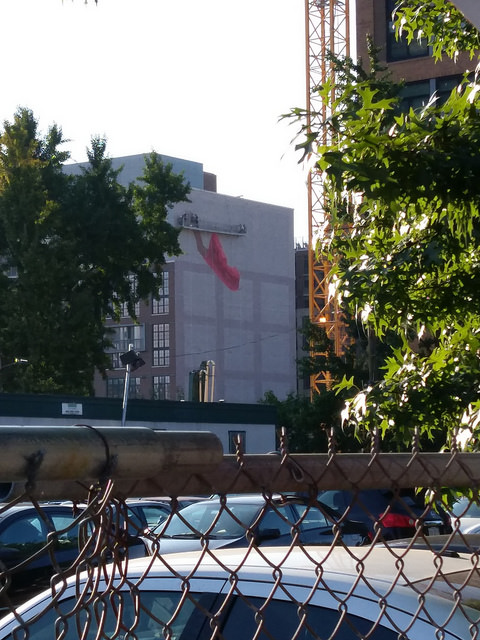 “These were taken from North Cap and N (ish), looking south.”

“A new mural will soon appear at the top of the AVA NoMaapartment building’s western wall. The artwork, by American artist James Bullough (jamesbullough.com), who lives and works in Berlin and has several murals around the District, will be completed in early October.”

Updates when the mural is finished.