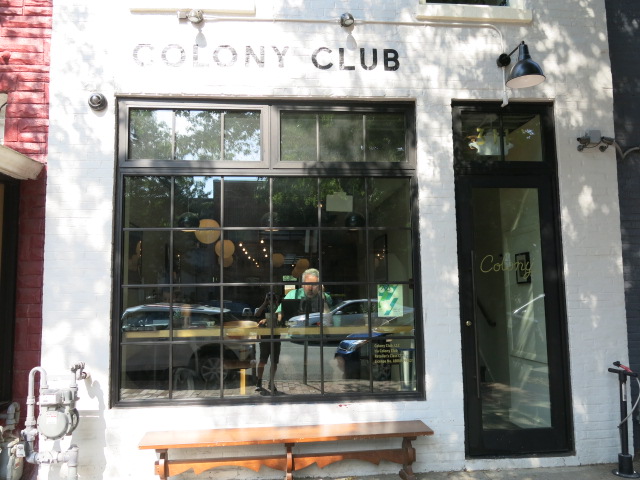 Has anyone contacted you about clothing donations for Hurricane Harvey victims? I would love to donate some gently used clothing to the folks down in Texas but wasn’t quite sure who/where was accepting.” 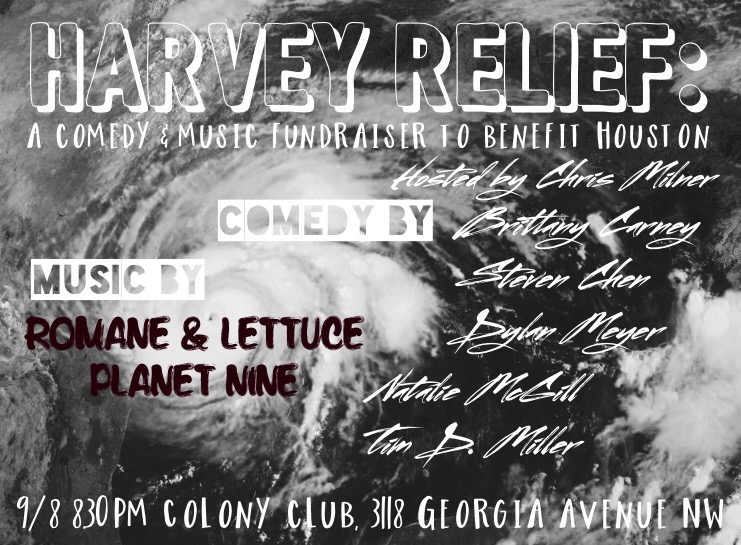 “Join us for an uplifting evening of DC talent at the Colony Club this Friday, September 8 at 9 pm (doors at 8:30). Attendees are encouraged to donate anything they can; Colony Club will contribute 10% of bar sales to audience donations. Donations will go to Houston-based organizations that center women, children, LGBTQ+ resources, residents experiencing homelessness, people of color, and displaced immigrant communities for a #JustHarveyRecovery.

Here is a list of vetted organizations that we will choose from.

The show is produced by an environmental science professional (Charise Johnson, Union of Concerned Scientists) and a DC comedian (Brittany Carney). Charise helped co-organize this Spring’s “Laughs for Science” fundraiser, and Brittany produces a monthly show called “Fale University”, as well as fundraiser shows benefiting Planned Parenthood and Black Lives Matter DC. We have compiled a fantastic lineup consisting of DC’s most hilarious and talented: