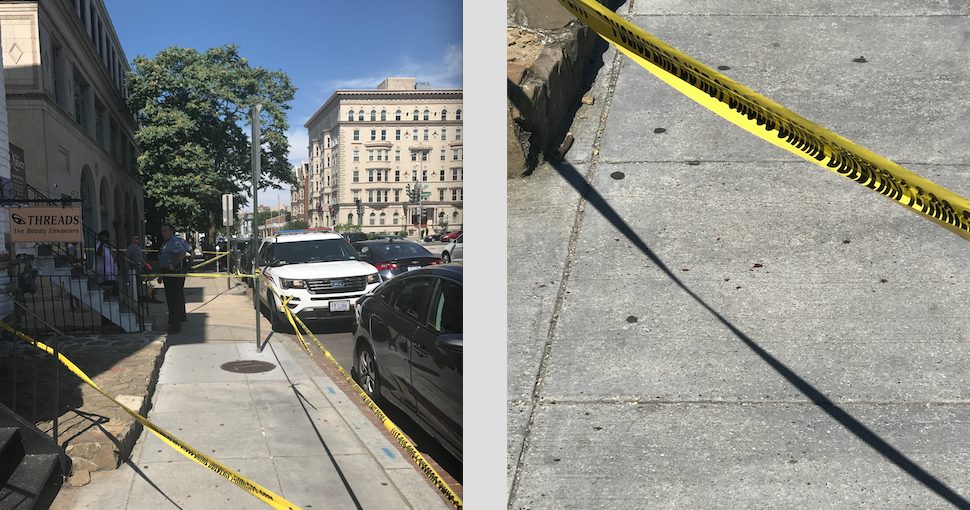 Photos by Alexandra. Note blood drops in photo to the right.

Multiple gunshots early this morning. Damage to vehicles and buildings. No fatalities.

From the Dupont Circle Listserv:

According to different verbal reports from MPD, as many as 60 rounds may have been fired, with various calibers possibly suggesting three guns. Neighbors report bullets in at least two residences facing 16th Street NW. Multiple vehicles hit, with windows shot out; one vehicle had 6 to 8 bullet holes. Some blood reported in alley but apparently no victims and no suspects arrested. Police were on the scene for over 12 hours but so far no official comments from MPD: only an under investigation email reply.“