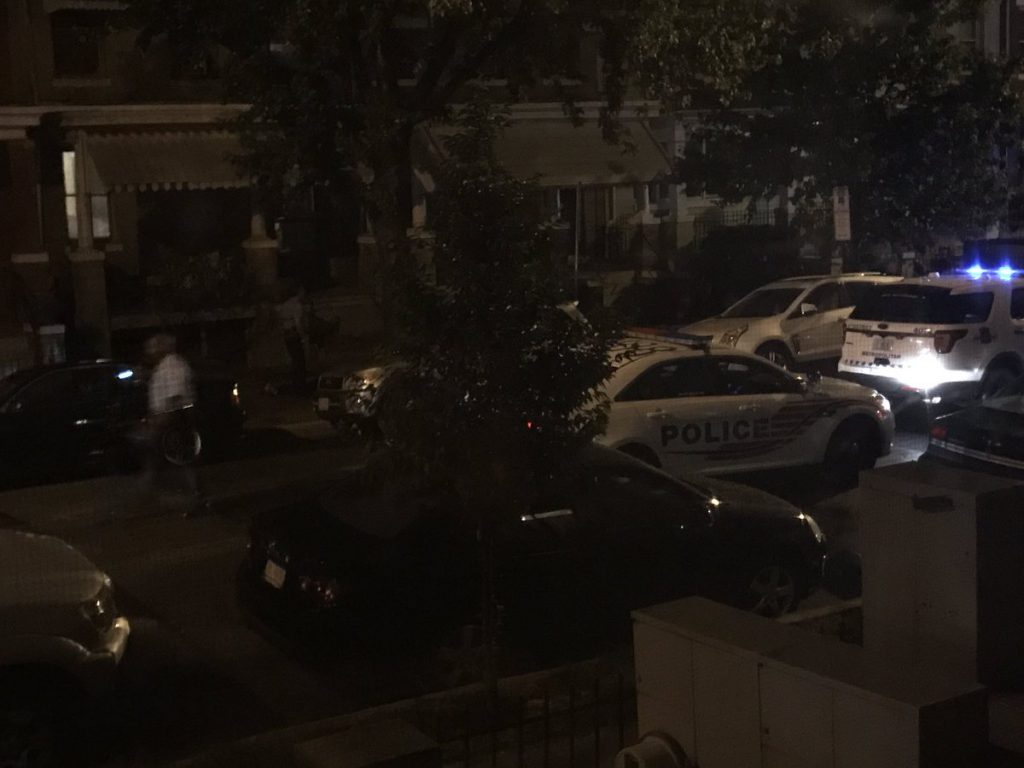 “Detectives from the Metropolitan Police Department’s (MPD) Internal Affairs Bureau are investigating an officer-involved shooting that occurred in the 700 block of Park Road, Northwest, on Wednesday, July 5, 2017.

At approximately 10:20 pm, members of the Fourth District encountered an adult male holding a handgun in the 700 block of Park Road, Northwest. The suspect was immediately given verbal commands to drop the weapon. The suspect ignored the officer’s commands and raised the gun towards the officer. The officer fired his service weapon striking the suspect. The suspect fled the scene but was quickly apprehended by responding officers. The suspect was transported to a local hospital with non-life-threatening injuries.

On Thursday, July 6, 2017, 28-year-old Kenneth Burley of Southeast, DC, was arrested and charged with Assault with a Dangerous Weapon, Assault on a Police Officer, and Felon in Possession of a Firearm.

No other individuals were injured during this incident. The officer involved was placed on administrative leave, pursuant to MPD policy.

This case remains under investigation. Anyone with information is asked to contact police at (202) 727-9099.”

more stories
Previous
Random Reader Rant and/or Revel
Next
“can we talk about the increase in popularity of the explosive bomb-like fireworks this year?”