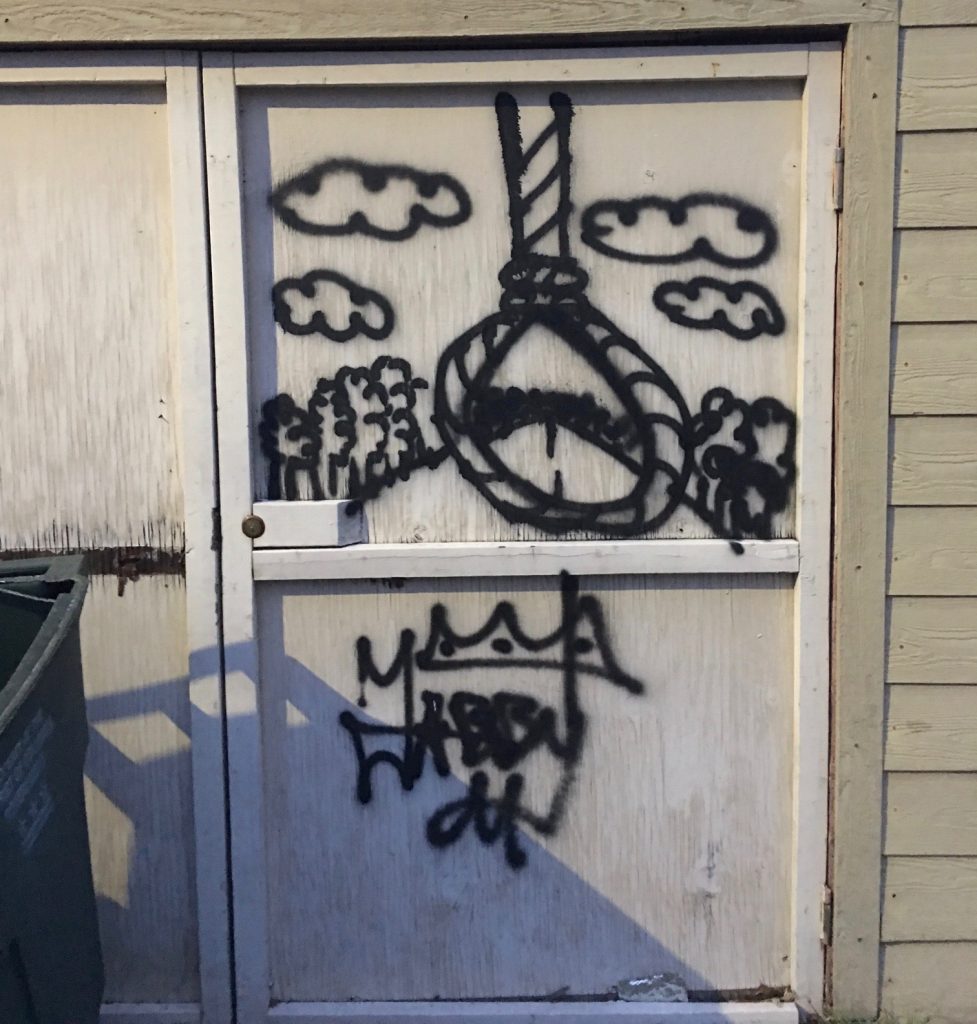 I ran across some rather disturbing graffiti in the alley between Gallatin and Hamilton streets. Although the graphical representation of a noose isn’t the same thing as the physical nooses recently found at local schools, churches and museums, it’s nevertheless disturbing. It’s hard to interpret this as anything but the mark of hateful and poisonous ideals. I don’t know whether this particular defacement is meant to intimidate the residents of the property where it was found or is a random placement, but it’s troubling all the same, particularly as this is a residential neighborhood and the paint seems to be relatively fresh. I’m sending so that those in Ward 4 can remain watchful for individuals intent on divisive behavior within our midst.”

Any other possible interpretations?