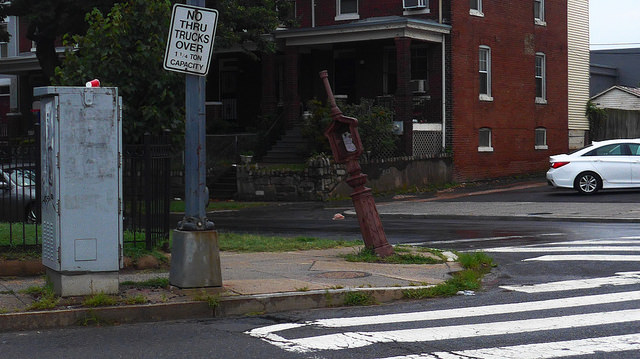 I was wondering if anyone knew if a landlord can charge you for cleaning/maintenance fees after you’ve moved out if they weren’t stipulated in your lease or move-out letter. I paid $250 to move into a building back in 2012 and recently moved out due to the horrible management (this is not an isolated incident; long-time tenants of my building are moving out in droves) but was never required to pay a security deposit. This new management company (Alvin L. Aubinoe – run!) is the third one to take over since I moved in, and the fourth overall. When I asked for a copy of the move-out policy (at least three times) the property manager didn’t provide it. After never receiving anything and securing a new place, I submitted my 30-day notice and received an acknowledgment letter. The letter outlined the basics – return your keys, don’t leave anything in the apartment, clean the fridge and stove. I did all of these things, returned the keys, and never heard anything for over a month.

Over the weekend I received a letter from my ex-landlord with photos of my stove and freezer, and a broken kitchen cabinet latch that had been broken for a LONG time, along with a bill for $400 (a $300 cleaning fee and $100 for the broken latch).I had asked previous management companies to fix it to no avail, and the new company had done three inspections in the past six months (including one for “improvements”) but didn’t fix it. I was present during all of these inspections and they saw it, and acknowledged it – but never did anything to fix it. I also don’t believe wiping down a freezer and oven (not stove) would cost $300 and if so, shouldn’t they have mentioned that in my move-out letter?

My partner and I went above and beyond to clean the apartment, including abating the mold in the bathroom ourselves – something they ignored for some time.

While I am not against paying reasonable, and warranted, fees, I believe if I am not contractually obligated to under my lease, they should have at minimum provided me with this potential fee in writing.

This rental company has been a horror to work with, and my building went downhill FAST since they took over in October 2016. Packages were stolen, the property manager screamed at my partner on the phone after he asked a simple question, and she ignored my emails and shrugged off my requests.

They also wanted to charge long-time residents $65 per AC unit in the summertime instead of the $65 per apartment that the other management companies did – this equated to almost $200 extra per month for my unit and they didn’t care. When I complained, they came into my unit without my permission or knowledge, took two (I had requested removal of one) out, and left the bedroom doors open with my pug puppy inside. This was a health hazard to my dog, but they ignored me when I reached out to them about it (I gave my notice later that week).

I don’t want them to negatively impact my credit, but I am sick of being treated like this – especially when I know new tenants didn’t have to pay the excessive AC fees I did (several of them told me they only had to pay $65 per month for their whole apartment, not per window unit).

Any advice would be appreciated!”