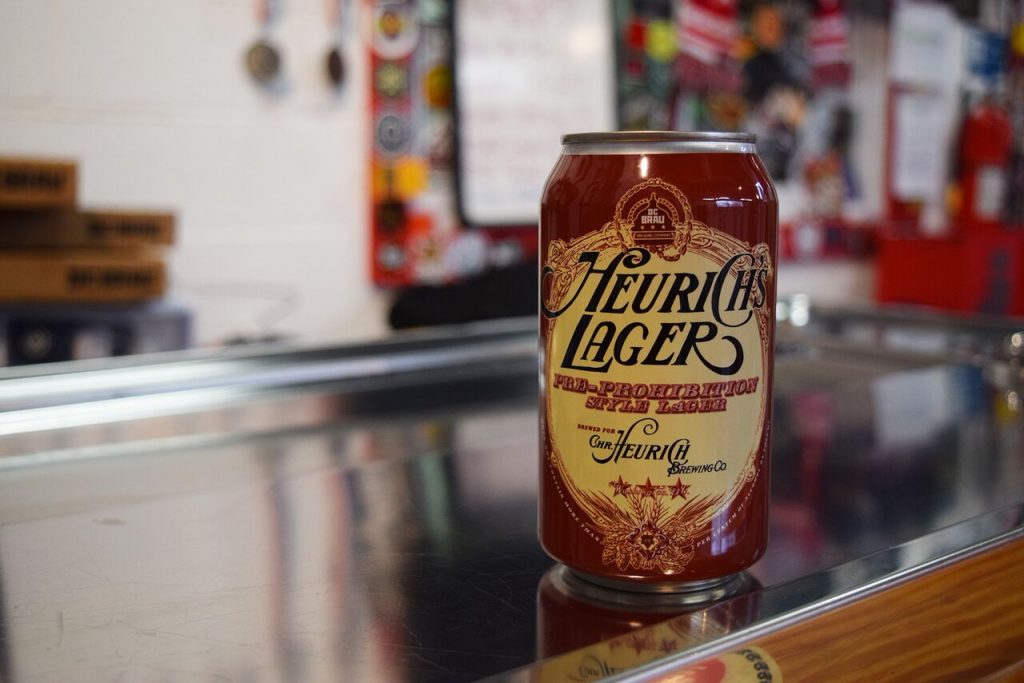 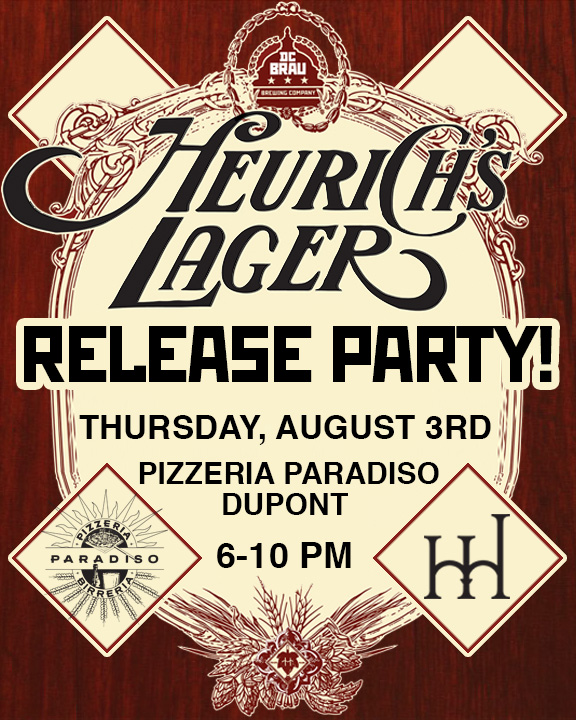 “When Christian Heurich’s brewery operated in the District from 1872-1956, he was a household name,” says Kim Bender, Executive Director of the Heurich House Museum located in Heurich’s historic Dupont Circle mansion. “We love how this project honors his legacy, and gives modern DC a taste of its past.”

The seasonal beer will be released during a festive evening at Pizzeria Paradiso’s Dupont Circle location on Thursday, August 3rd from 6 to 10pm with a specialty spent-grain crust pizza for meat lovers, samplings of Heurich’s Lager, and a display of artifacts from the Heurich House Museum.

“For all intents & purposes, our Heurich’s Lager is a traditional pre-prohibition lager that differs slightly due to the fact that incorporates both flaked rice and flaked corn,” says DC Brau Brewmaster & co-founder Jeff Hancock. “The mild sweetness of the corn is noticeable but plays well with the malt-forward base of this strong lager, and a substantial amount of hops are present and identifiable, but not overwhelming. They also contribute a strong level of bitterness to balance the malt character and aromatically give the beer a rustic, herbal note with a mild spice profile.”

Hancock suggests trying the 7% ABV lager warmer than serving temperature to experience all the nuances of the beer, like Christian Heurich would have done. However, he says, “if that’s not your cup of tea — or beer – then enjoy it in the manner of how most traditional lagers are served, cold and crisp!”

Heurich’s Lager will be available at retailers and bars across the District in 12oz cans and on draft starting August 3rd. Six packs and growler fills of the brew will be available in the tasting room beginning Saturday, August 5th during growler hours.”