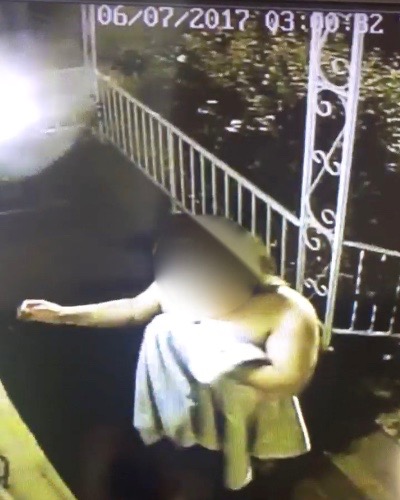 A reader reports an incredibly disturbing event that happened 3am last night around Jefferson and Kennedy Street, NW. Ed. Note: I have the video but am only posting this still because I want to blur out the face.

“…a half naked woman was banging on my door at 3am. A man coaxed/pulled her away. I called the cops, they drove by once. Saw nothing. I went and checked my security cameras and got footage. Then called 911 2 more times. They never returned. I gave up 50 minutes later. I went out and looked and couldn’t find anyone. I was up until 4:10am waiting and they never came back. I told the operator I had footage of this. It’s insane.”