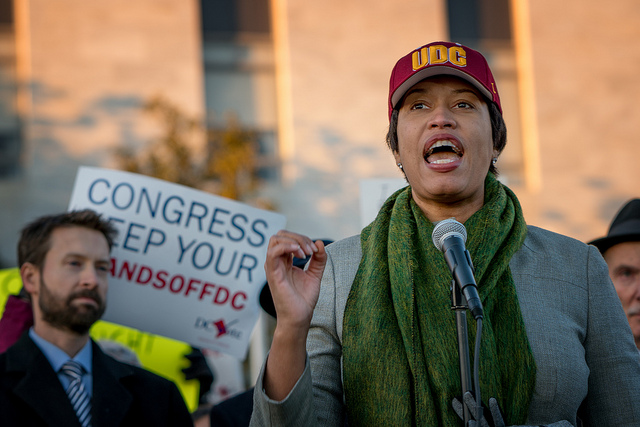 “Last week, the House Appropriations Committee voted to advance a measure introduced by Rep. Andy Harris (R-Md.) that would repeal the D.C. legislation. The measure would need to be approved by both chambers of Congress and President Donald Trump in order to go into effect.”

The Death with Dignity Act of 2016 establishes a process by which competent, terminally ill residents of Washington, DC can legally obtain a physician’s prescription for medications to end their lives in a humane and peaceful manner. Today’s implementation comes after consultation with Congresswoman Eleanor Holmes Norton, Councilmember Mary Cheh who introduced and championed the legislation, Attorney General Karl Racine, and other District stakeholders.

End of life medication can be requested by a terminally-ill patient who is a resident of Washington, DC, is at least eighteen years or older, is under the care of a physician and is expected to live for no more than six months. The patient cannot be suffering from impaired judgment as a result of depression or a psychiatric or psychological condition and must be capable of making the decision, expressing an intent to take a medication that will cause death, and must be physically capable of taking the medication.

Patients must make an initial oral request, a written request, and then a second oral request, and the second oral request cannot be made any sooner than fifteen days after the first oral request. For purposes of the Death with Dignity Act, oral requests can be made in person, through sign language, over the telephone, or through an electronic speech generation device, or, if the person cannot speak, use sign language, or communicate over the phone, he or she may write his or her wishes in the presence of the attending physician. The written request must be made after seeing the treating physician, and between the oral requests, on the DC Department of Health approved form. The DOH forms and more information can be found online at doh.dc.gov/page/death-dignity-act-2016.”