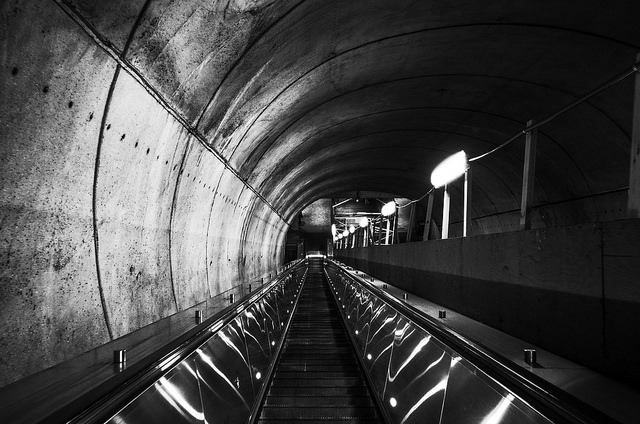 “Metro today completed a major capital project to replace six escalators at Woodley Park Station, including the three longest escalators in the District of Columbia.

Metro’s contractor, KONE, replaced the escalators two at a time in succession. The overall project took more than two years to complete, including site preparation, demolition and removal of the old escalators, installation of complex gantries and cranes to move the new escalators and supporting structures into place, as well as testing and tuning.

“Metro’s infrastructure is aging and this is another example of the kind of investment that is needed across the system to provide customers with good, safe and reliable service,” said Metro General Manager/CEO Paul J. Wiedefeld. “Before being replaced, these escalators were more than 30 years old and beyond their useful life. With these brand-new escalators customers will see the improvement.”