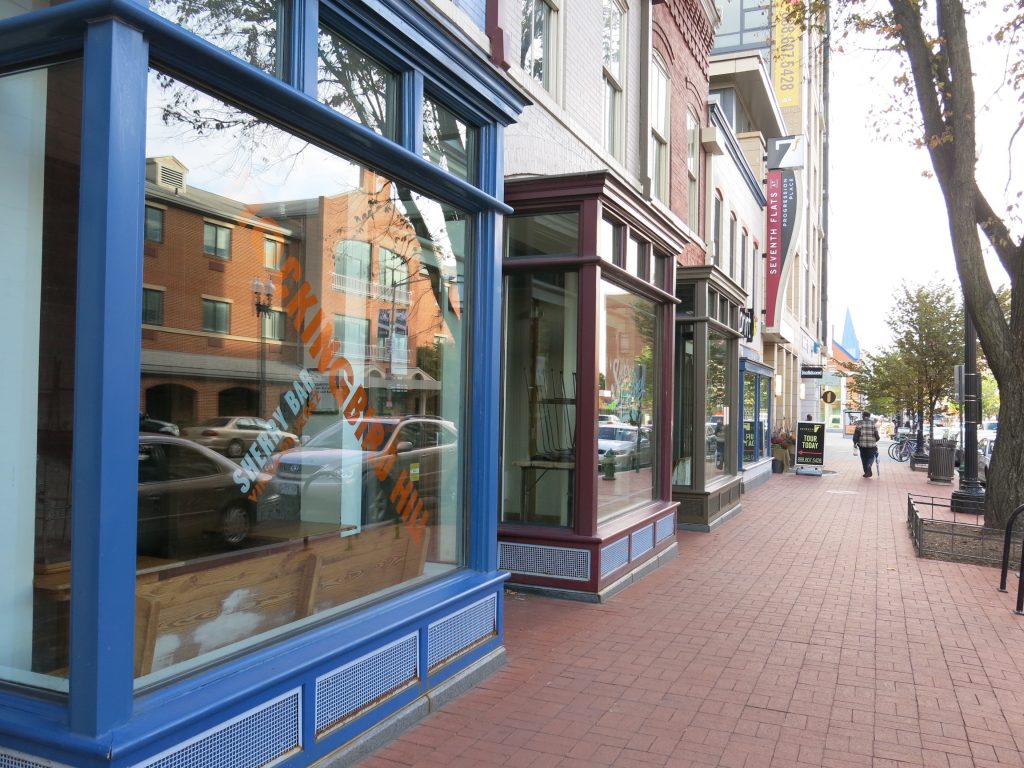 Do you know what’s going on with Eat the Rich, Mockingbird Hill, and Southern Efficiency? I walked by the other day and it looks like they’re all closed for good (white butcher paper covering the windows), and their websites aren’t working. Have these businesses shuttered?”

“The most anticipated pop-up of the summer is coming. Beginning June 21st, Drink Company and Ommegang Brewery present the Game of Thrones Pop-Up Bar (PUB), in the spaces formerly known as Mockingbird Hill, Southern Efficiency, and Eat the Rich (1839-1843 7th Street NW).

“To quote the great George R.R. Martin, ‘there has to be a level of joy of what you’re doing’ and we believe Game of Thrones is the seminal show of this decade,” says Drink Company CEO Angie Fetherston. “We didn’t have a choice; the three-eyed raven picked us. This PUB is our love letter to the Seven Kingdoms and we cannot wait to share it with fellow fans.”

At the Game of Thrones PUB, guests will visit scenes from the North, the Red Keep, Mereen, the House of Black and White, and the Throne Room. Cocktails such as What is Dead May Never Die and The Lannisters Send their Regards will be paired with the show’s soundtrack. Swords, dragons, horns, and an Iron Throne help celebrate the show’s summer return.

THE ROOMS | The Game of Thrones PUB will span nearly 3,000 square feet, replicating settings from across the realms. Nearly every component is designed and built by Drink Company’s Special Projects team, Matt Fox (Director) and Adriana Salame Aspiazu (Manager). In The House of Black and White, the Hall of Faces is replicated with plaster molds of Drink Company employees, family and friends. Daenarys’ Dragons are brought to life by Andrew Herndon and local muralist Andrew Funk. The Red Keep features the Armory, where guests can pledge allegiance to their house banners, and take a picture as the flayed man on a custom piece built by The Strong Oaks Woodshop. Just not during the show itself when the bar will be closed. “To watch it, of course,” says Fetherston.

THE DRINKS | “We began by thinking about what these fictional characters from Game of Thrones would drink, what cocktails would epitomize them and what moments should be represented,” says Bar Manager Paul Taylor. “We want our guests to connect the cocktails to elements of the show through name, ingredients, garnish, and glassware.”

Some cocktails evoke a setting, such as The North Remembers. The scotch based drink is served in a horn tankard, and can easily be pictured in the hands of any Stark. The Dothraquiri, a daiquiri variation named for the Dothraki warriors, features local rum Cotton & Reed, creme de cacao, and banana liqueur.

Ommegang Brewery’s Bend the Knee, the official Game of Thrones beer, will be on draft.

DETAILS | The Game of Thrones PUB runs from June 21st through August 27th.”

Read more →
More Stories
Photos from PoPville – Bubbles and Bonsai“She said he tackled her into the alley, at which point she started screaming”