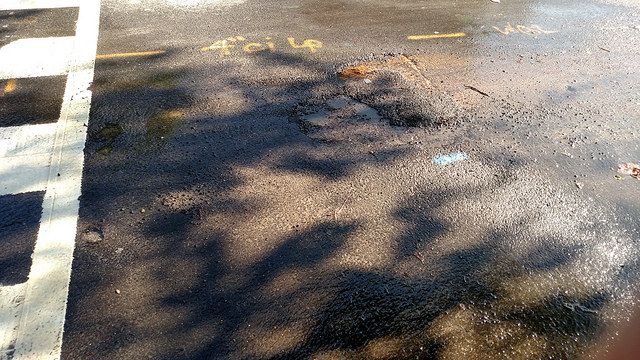 We have broken water pipes at 7th and Hamlin NE that have been releasing water for three weeks. I called DC Water three weeks ago reporting it and they said they would send someone to fix it. Two weeks ago my ANC SMD commissioner reached out to DC Water, who said it would be fixed within two weeks.

The picture (above) was taken Sunday.

Is it reasonable for DC Water to not make this a priority? Seems like a lot of wasted potable water.”

More Stories
Today in People Driving PoorlyOne of the Owners of Bloomingdale’s Boundary Stone in Negotiations to Take Over Swampoodle in 16th Street Heights!!