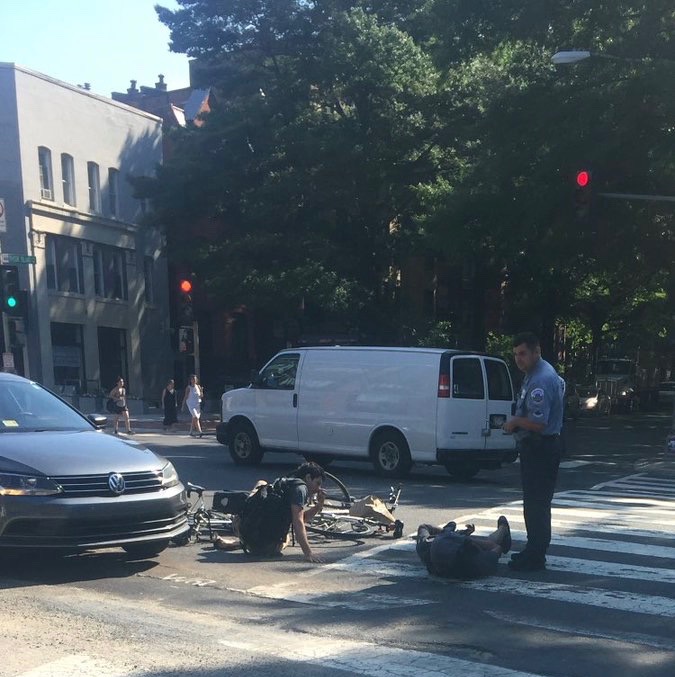 Multiple readers had reported that a cyclist had been struck by a car at 14th and Rhode Island Ave, NW earlier this morning but Tom shares that the scene was even uglier than first thought:

Read more →
More Stories
Sad Update to Missing Annie’s Ace Hardware Employee, Ariel EspinalNo, No You Can’t Leave Your Dog in the Car Even If You Crack The Window