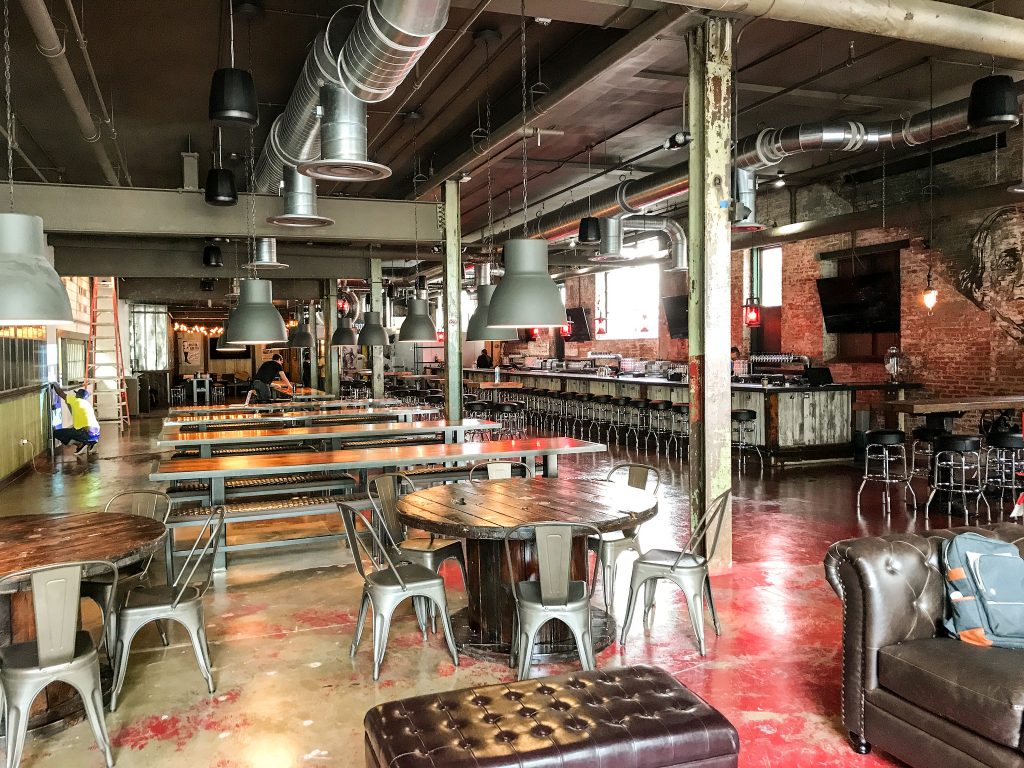 Franklin Hall is an ode to Benjamin Franklin, America’s foremost investor and lover of beer, wine, and cider, and Franklin D. Roosevelt, the man who brought the cocktail back. The Manhattan Laundry building was built in 1877 and was originally used as a car barn for the Washington & Georgetown Railroad Company, before converting to a laundry in 1905. We are joining neighbors La Colombe, WeWork, Mothership Strategies, and the forthcoming Maydan.

The space is large, covering over 5,500 square feet, with long beer hall tables that fit 12-16 people and leather chesterfield couches throughout. We have a selection of table games available such as Jenga, Connect 4, card games, and more. Within Franklin Hall there are three areas purposefully designed for gatherings, which will accommodate groups of up to 30 people each. 24 taps are mirrored three times behind the 60-foot bar, with a walk-up kitchen located on the opposite side of the room. 20 taps are designated for beer, one for a draft cocktail, and three for draft wine. The food menu was designed by consulting Chef Matt Baker of Gravitas in Ivy City. Within the next month Franklin Hall will roll out a weekend brunch menu featuring all day breakfast tacos.

Happy hour will be Monday through Friday from 4-7pm with $2 off all drafts and $2 off rail cocktails. Short pours, pints, and liter mugs are all part of the happy hour special. Franklin Hall is a full service bar, so customers can count on everything from rail to top shelf spirits. 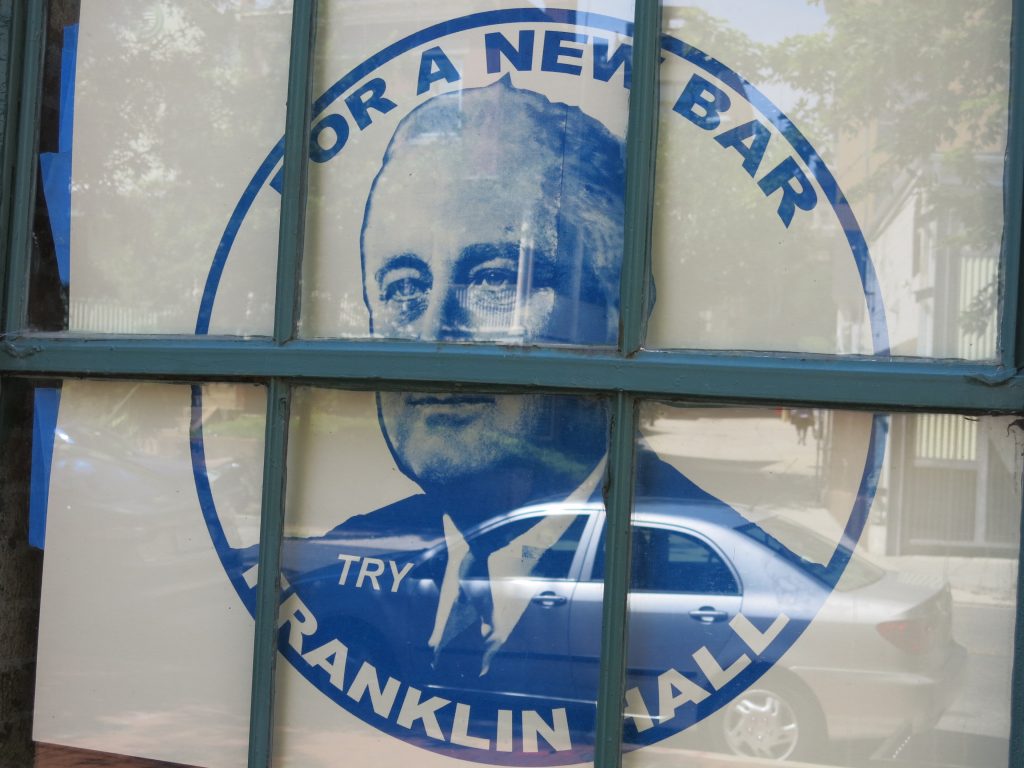 Have a look at the menus: 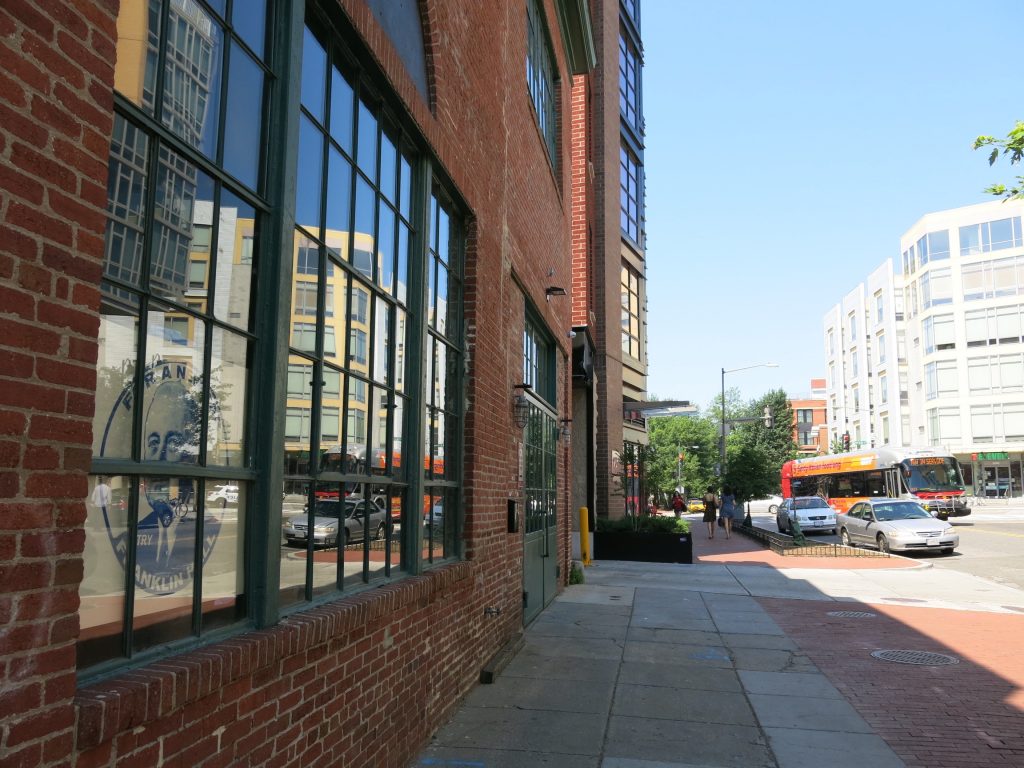 Read more →
More Stories
“Holding strong on the side access road of Mass Ave and Thomas Circle.”Keep Your Eyes Peeled for this Distinct Stolen Bike