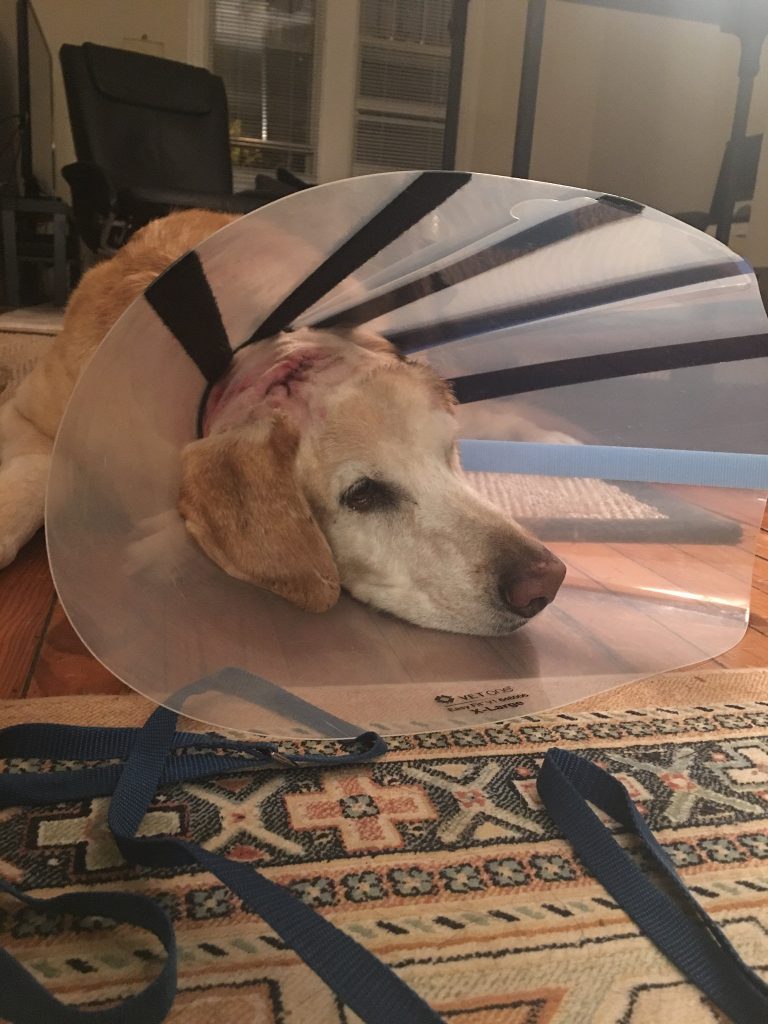 I was walking my dog and a friends dog (both Labrador Retrievers) home from the 11th Street dog park in Columbia Heights on Thursday, June 1st when a loose dog approached us.

We were on Sherman Avenue NW between Lamont and Kenyon heading south. Both of my dogs were on leash but the loose dog had no collar, leash or owner present. The dog went for the black lab first and then attacked my dog, Griffin. The dog had a strong hold on Griffin’s neck and head for a while and had him pinned on his back. With the help of some people in the area we were able to get the dog off of Griffin after a few minutes and secure it with a leash. The police were called and the dog was picked up by DC animal control.

I took both of my dogs to Friendship Heights Animal Hospital where they found a large wound on Griffin’s head as well as puncture wounds on his neck. They put sutures in the head wound – photos below (caution: graphic) and had to leave the neck wounds open. Griffin is doing very well and the black lab did not have any injuries or wounds.

The loose dog was a fairly small Pitbull mix with black and brown markings. If anyone has any information about this dog or its owners please call DC animal control: (202) 576-6664. I am so grateful to all of the people that stopped to help or call 911 – THANK YOU!”