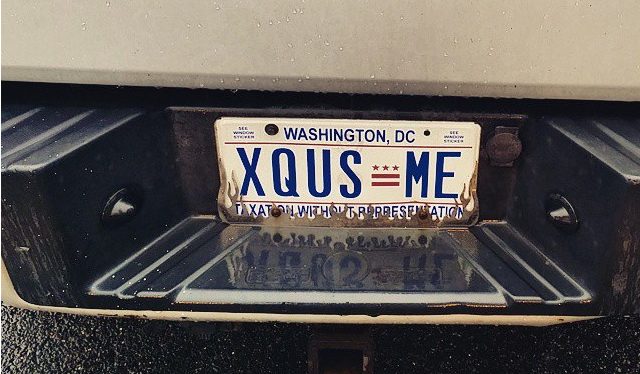 We knew it was coming but it still stings to get the official word from the DMV:

“The District of Columbia Department of Motor Vehicles (DC DMV) is now issuing driver licenses and identification cards with the jurisdiction as Washington, DC. The new credential, which the agency has been issuing since June 1, 2017, has the same Cherry Blossom design as the driver licenses and identification cards that DC DMV began issuing in November 2013 with the jurisdiction as District of Columbia. Currently, DC DMV has four different credentials in circulation and all are valid until the expiration date:

· Cherry Blossom design with jurisdiction as District of Columbia;

· Blue and white design with jurisdiction as Washington, DC.”