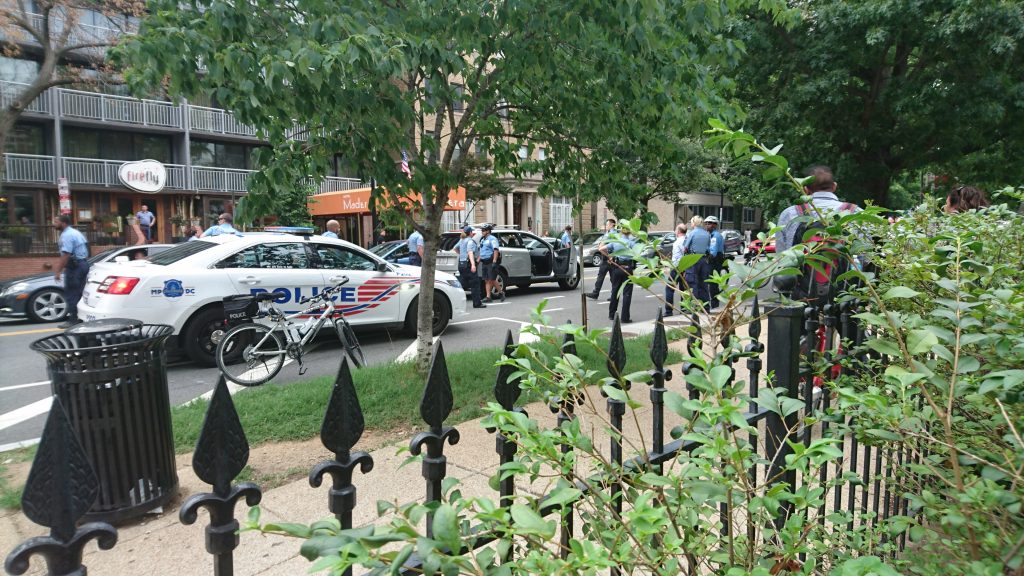 “There was a huge police presence this evening at 20th and New Hampshire NW around 6pm. I would say at least 5 police cars and 15 officers on bikes, many of whom looked just as confused as I did. Any idea what was going on? Thanks!!”

“Just witnessed a dramatic scene at N and New Hampshire. Cops came up to a car on all sides with guns drawn and instructed the driver to roll down the windows and get out of the car. They didn’t have him pull over first (I think they were going for the element of surprise) so New Hampshire was at a standstill. (This all happened in the last 20ish minutes.) They had the (middle aged white) guy in handcuffs when I left.”

Another reader reports about a loud boom:

“There was a loud boom last night around 11pm that was heard and felt through Totten. It set of many car alarms it was so loud/ strong, but there were no Police activity heard afterward. I’m just wondering what it was. It woke me from a dead sleep.”

Another reader reports about helicopter activity:

“Near constant helicopter hovering above 17th and U for the last hour. (From 845pmish) Can’t tell if something is happening or it’s more random military ‘exercises.'”

Ed. Note: There was also a stabbing where an employee stabbed another employee at the Van Ness Safeway store. An arrest was made.