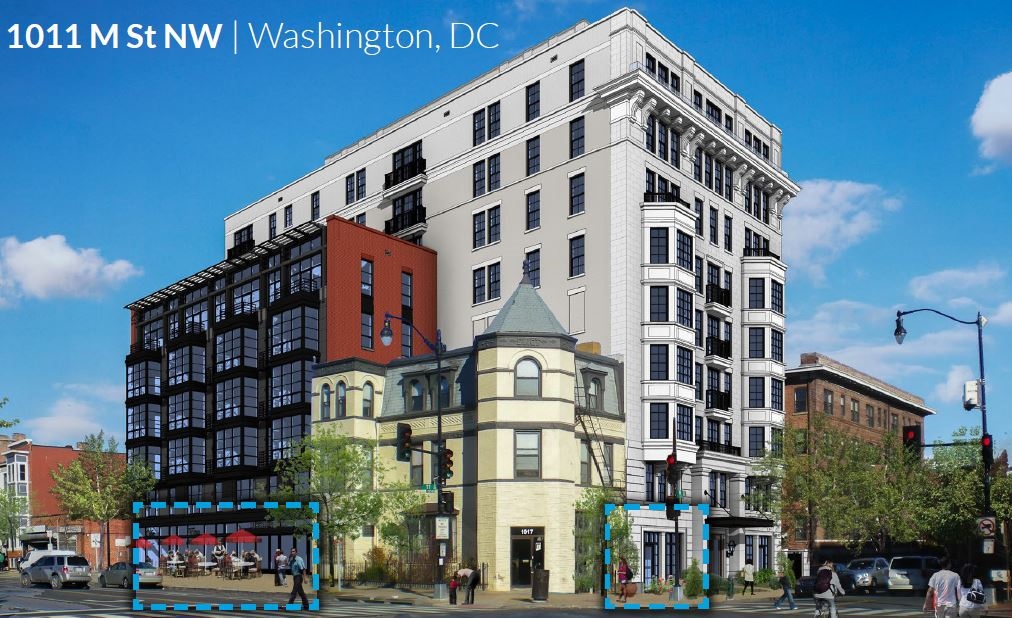 Ah good scuttlebutt from a reader via Loopnet:

“1011 M is a street level retail property of approximately 4,260 sf. The tenant is a Full-service restaurant from a member of the team responsible for opening several of José Andrés’ restaurants including Jaleo, Zaytinya, Oyamel and Minibar.

o A Georgian feast restaurant in Shaw, one of the hottest neighborhoods in DC.
o Featuring an extensive Georgian wine list and cha-cha, their version of grappa.
o The architectural and design firms have created a space that is chic and stylish, rustic and refined best described at Industrial Chic.

Logan Circle – The commercial vitality is centered along the 14th & U Street corridors where young professionals come to visit to experience some of the best mix of high-end dining, retail, residential, entertainment and cultural offerings in DC. Trader Joe’ s
opened a new store in March 2014 and joined Whole Foods and Yes! Organic Market.

1011 M is located at the corner of 11th and M Street NW Washington DC. The property is on the border of the Logan Circle and Shaw neighborhoods.

o Supra is in the heart of Washington DC, two blocks from the Washington DC Convention Center and one block off the busy Massachusetts Avenue.
o Supra has signed a lease for the retail portion of the ground floor of 1011 M Street, a newly constructed luxury condominium building at the corner of 11th and M NW.
o Supra is the only restaurant and retail space in the condominium building, which includes over 70 units starting at $500,000 and penthouses approaching $2M.”
o The Mt Vernon Square Metro stop at 700 M st is a short stroll from Supra, providing easy access for metro riders.”