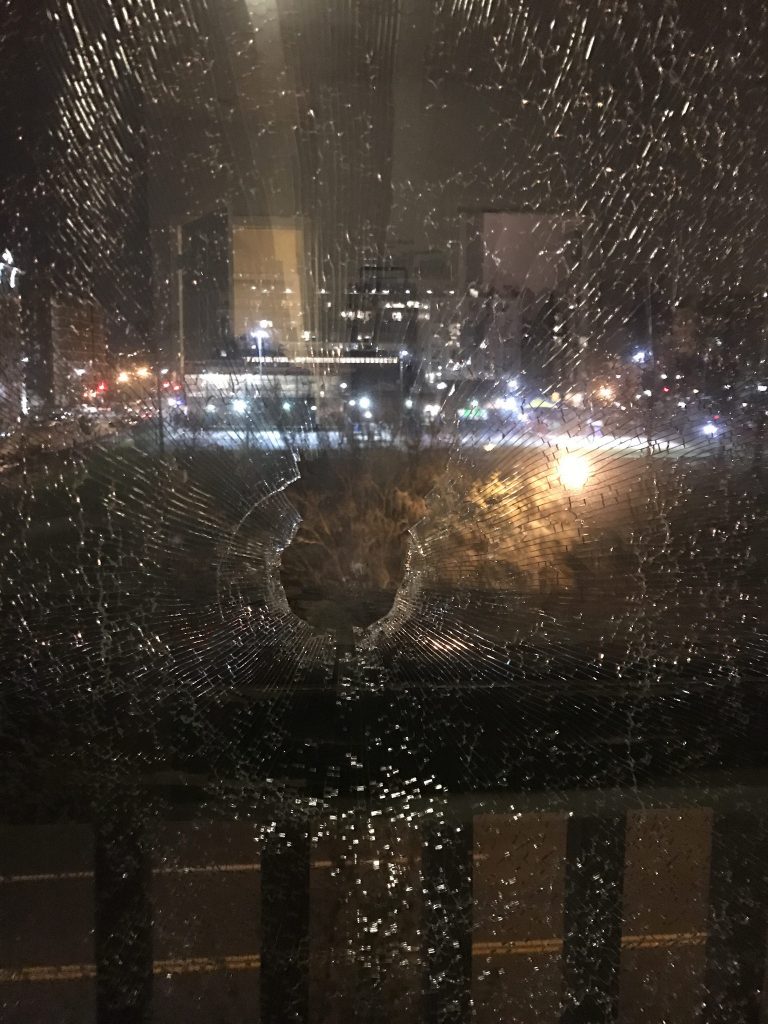 Attaching photo of a gunshot in my fourth story bedroom window from tonight.

We think it hit around 830/9pm. There was some kind of police chase and the suspects escaped by hoping fence into our backyard and then our neighbors.

Police are still investigating. Thankfully I wasn’t home but still scary. Sounds like insurance may cover damage but curious if others have tips for how to handle?” 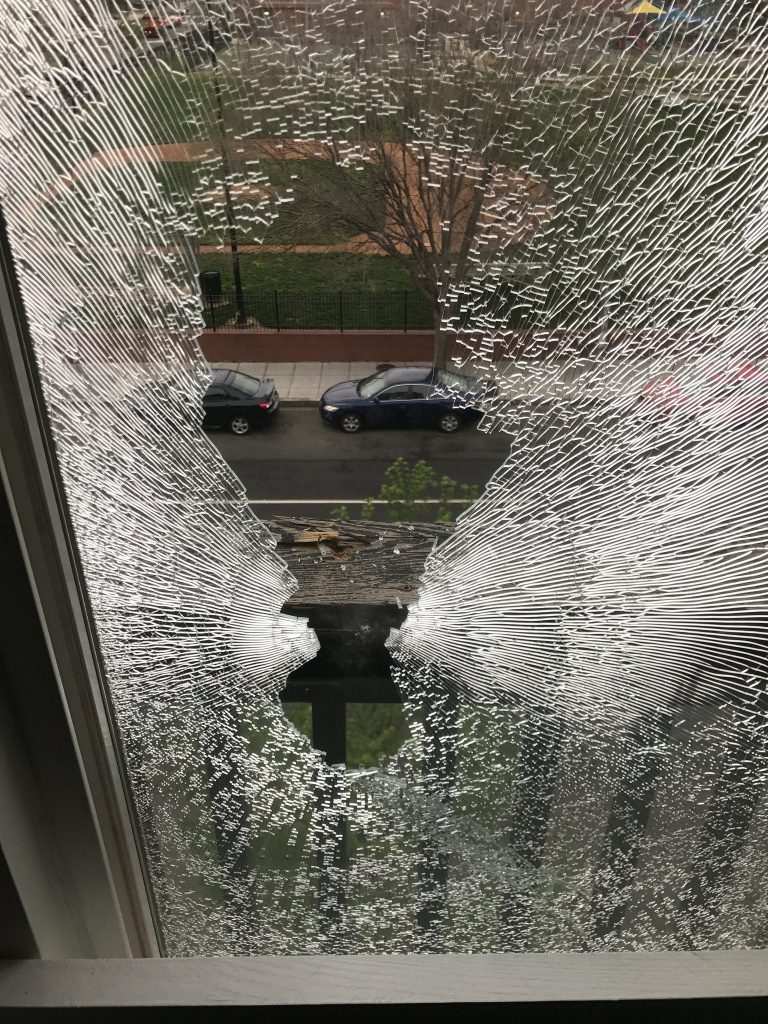 “The Third District is currently investigating a shooting in the 400 block of N Street NW. Motorists and pedestrians should avoid the area due to road closures as we investigate.

Since MPD reports 4th and N, not clear if this is one in the same or two separate incidents. Tons of reports sent to us on twitter last night starting around 9pm. Seems like 4th and N was just before 9 and then another incident at 6th and O around 9:30pm? Twitter timeline after the jump.

@PoPville another shooting around 6th-7th & O St area ~30mins ago. Why hasn't MPD patrol car been stationed there recently? @charlesallen

@waclark4 @MrBoopyPutthole @PoPville @DCPoliceDept Officer was less than a block away and chased on foot. Chief has approved major shift of resources into the area.