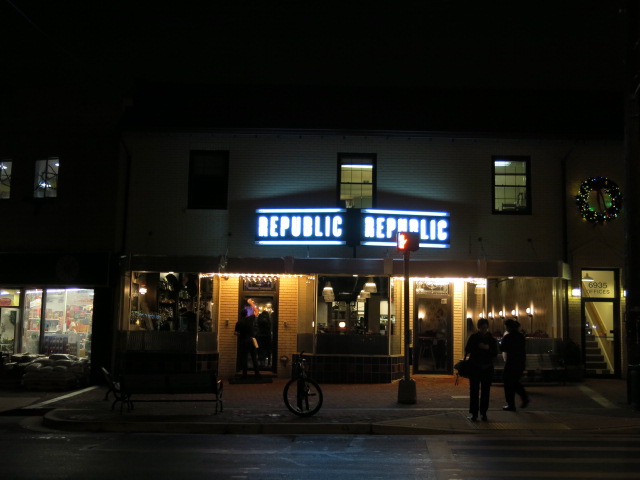 From the Takoma Police Department:

“On February 25, 2017, at approximately 11:45 am, Takoma Park Police responded for a report of a theft that occurred in the 6900 block of Laurel Avenue (Republic restaurant). An unknown suspect walked into the back of the restaurant and stole four bags containing currency. The suspect left the restaurant and fled down Eastern Avenue to Maple Avenue heading towards the District of Columbia. Takoma Park Police and Metropolitan Police Department canvassed the area with negative results. Three of the four bags were dropped by the suspect and recovered by police; the fourth bag is outstanding. The suspect is described as a black male, approximately 6’0 and 190 lbs.