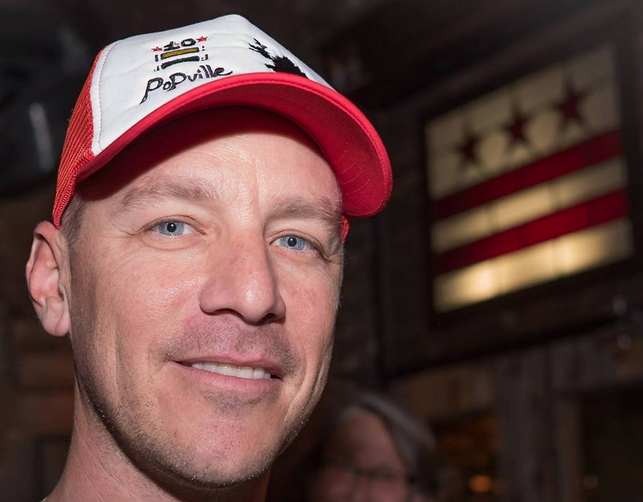 Ed. Note: Thanks again to everyone who has donated to the St. Baldrick’s Fundraiser in the fight against Childhood Cancers. We are about 50 bucks short of our goal but I’m gonna give you a shot of my youngest daughter petting Dingo to inspire you to push us over the line! If we somehow can get to $2000 I’ll add a shot of my daughter hugging Dingo which will melt the coldest of hearts. 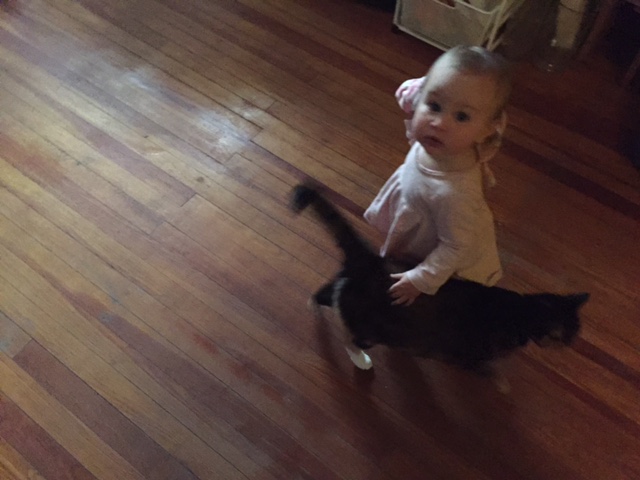 If there are others who’d like to make a donation, any amount helps, please do so and get a free PoPville shirt at the head shaving event at Boundary Stone this Sunday!

Back in the day the posts that brought the largest amount of comments were crime posts. But part of that was because I gave much more open reign back then and as I’ve said before, today, I’m much more strict in deleting incendiary and racist comments. Also back in the day any post that touched on gentrification would result in tons of comments. Today, many neighborhoods that we cover are quite frankly gentrified so the posts don’t evoke the same emotions.

So what are posts today that usually get a ton of comments? Generally anything about bike lanes (though that too is becoming more “normal”/accepted), dog poop/neighbor disputes and of course neighborhood boundary disputes (which I try to avoid because after 10 years I find them incredibly tiresome at this point.)

But believe it or not the most commented post we’ve had in a long time was last Friday’s Question of the Day What is the District’s Dining Scene Still Missing?, which had 408 comments.

Friday Question’s of the Day usually generate a lot of comments but not that many. Funny thing about Friday Questions of the Day (FQoTD) is that I started it on a whim when I simply ran out of things to post about on Fridays. But it was so fun to think up random questions, I decided to keep it going. Sometimes it takes me 2 seconds to come up with a question and sometimes I agonize over it for hours. And make no mistake – the ones I agonize over for hours get very few comments and the ones I think up in 2 seconds get hundreds of comments. That’s usually the case with regular posts too. The ones I spend a lot of time on aren’t nearly as popular as the ones that I just post on a whim.

Anyway to really answer your question I think we once had a post that topped 600 comments but I can’t find it. It was a combination of gentrification and race. And it was heated as you can imagine. But that was years ago and I’m terrible at finding old posts. So I think I’ll make textdoc the official PoPville historian!

-Dan Silverman: Citizen of the District of Columbia

If you have a personal question you’ve been dying to ask me – fire away! You can ask in the comments (which I’ll go back to and pull from) or just send an email with your question to [email protected] with “Ask me Anything” in the title.

more stories
Previous
Selling Your Home in DC or Beyond? Save $20,000 Using Homezen