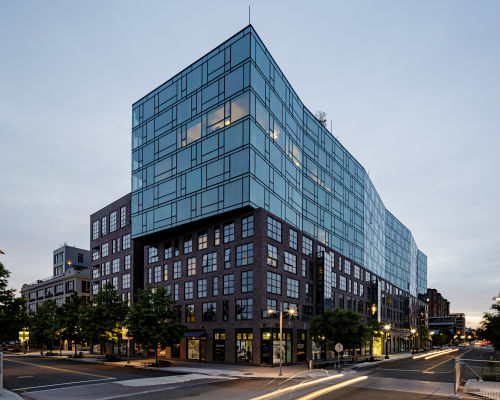 “Washington, D.C. chef Haidar Karoum, formerly the executive chef at D.C. favorites Proof, Estadio and Doi Moi, announces a fall 2017 opening for Chloe, his first solo restaurant project. Chloe will be a showcase of Karoum’s personal culinary journey, including his Lebanese roots and extensive travel around Western Europe and Southeast Asia, all grounded in and linked by the seasonal bounties of the Mid-Atlantic. The restaurant will be located in Arris, a newly completed building at 1331 4th St. SE in The Yards neighborhood. 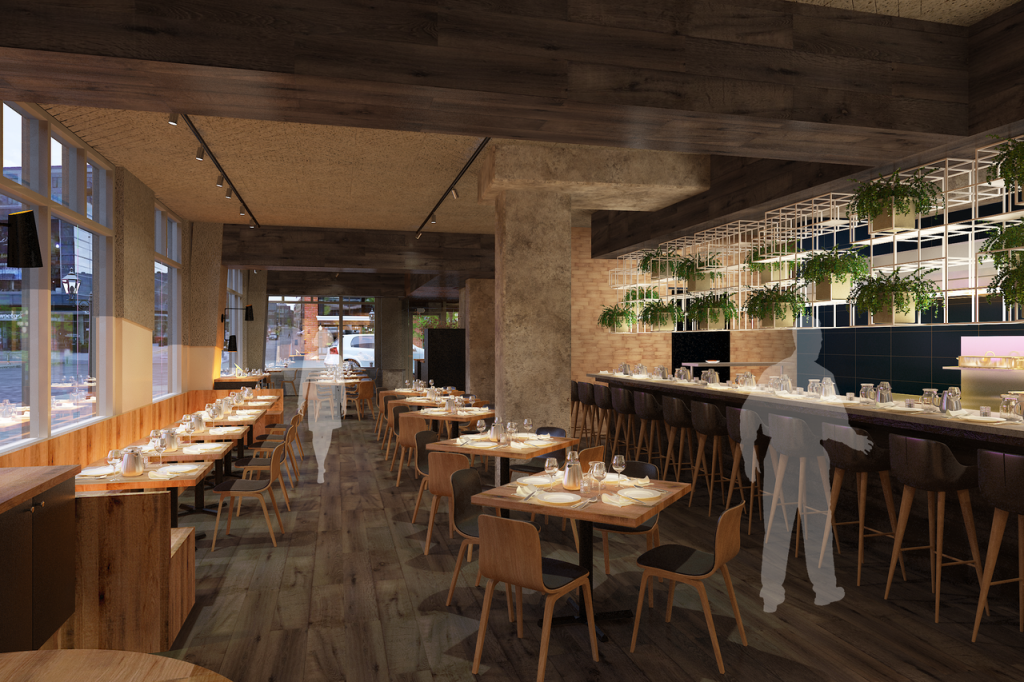 Chloe, named for Karoum’s eldest niece, as well as the ancient Greek goddess of agriculture, will be open for dinner seven days a week with weekday lunch and weekend brunch service. The 103-seat interior will feature counter seating for 14 at an open kitchen with another 27 in the bar. An adjacent patio space will feature seating for 32 guests during warm weather months.

“While my cooking is heavily influenced by my Lebanese heritage and travels around the Mediterranean, it’s just as tied to seasonality,” Karoum said. “The food at Chloe will always reflect what’s regionally available from the farmers and purveyors I’ve been working with for the last two decades. I cook with instinct, and do my best to showcase the great work of these growers as simply and cleanly as possible. It would never occur to me to cook any other way.”

Though a native of the D.C. area, Karoum spent the summers of his youth exploring Europe and the Mediterranean, and the flavors of those regions have always been a presence in his cooking. At Chloe, he weaves them into modern American dishes, while also looking to international cuisines for inspiration. The heart of the menu will include mainstays like classic roast chicken and crispy whole fish with lime, chilies and fragrant herbs, as well as luxurious pastas including bavette with little neck clams and goat cheese cavatelli with heirloom tomatoes. Seafood will be a major touchstone, appearing in such varied forms as a bacalao crudo dressed with Antiboise, a Chesapeake blue crab salad tartine and poached shrimp served with grilled Japanese eggplant. Karoum will pay homage to his Lebanese roots with a favorite of his father’s: crispy cauliflower with lemon, tahini, toasted pine nuts and mint. Other menu items will hint at his long experience with Southeast Asian cooking, including a crispy shrimp banh mi and a dish of cobia dressed with nouc cham (Vietnamese dipping sauces), anise basil, roasted peanuts and puffed black rice.

In addition to the chef-driven dinner menus, Chloe will feature quick lunch options, including sandwiches on house-made bread, noodle bowls and pasta. A menu of comforting bar bites will be available in the bar and on the patio, and will always be available before Nationals games.

The beverage list will feature a diverse selection of both domestic and international wine, many priced at or below $45. The beer and cocktail list will be simple but smart, leaning heavily on local brewers and distillers for a menu that follows Karoum’s lead in showcasing excellent product with restraint and sophistication. A patio bar will offer two rosés on tap, one still and one sparkling. Tyler Mitchell, a longtime former colleague, will be joining Karoum to head up the beverage program.

Michelle Bove of designCASE is behind the look of the 3,200-square-foot restaurant, which shares a less-is-more philosophy with Karoum’s cooking. The minimal yet warm design uses light wood and a soft, earthy color palette to realize the chef’s vision for a welcoming, hospitable atmosphere. Dramatic elements like a green herb wall suspended above the open kitchen’s dining bar echo the freshness of flavors emerging from the kitchen.

Washington, D.C.-area native Haidar Karoum is an award-winning chef and former executive chef/partner of Doi Moi, Estadio and Proof. In 2014, Karoum was named “Chef of the Year” by the Restaurant Association of Metropolitan Washington (RAMW). In 2009 and 2014, Karoum was a semifinalist for the James Beard Foundation Awards Best Chef: Mid-Atlantic category for his cuisine at Proof, and was included as a semifinalist for the “Best New Restaurant” award in 2010 for his work at Estadio. In 2011, RAMW also awarded Estadio “Best New Restaurant.”

Previous work includes stints under esteemed D.C. restaurateur Nora Poullion at Restaurant Nora and Asia Nora, as well as work under Gerard Pangaud at Gerard’s Place and Michel Richard at Citronelle. Karoum attended the Culinary Institute of America (CIA) in New York, and graduated with an associate’s degree in culinary arts and a bachelor’s degree in culinary management.”